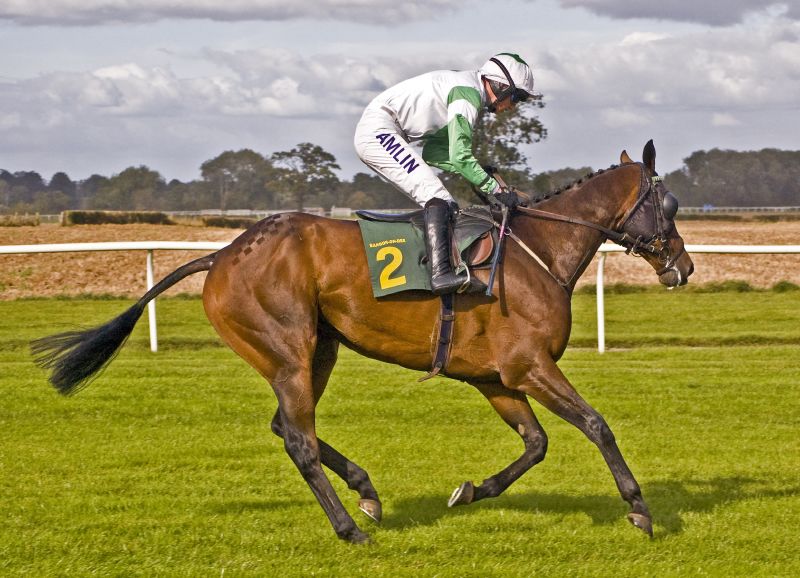 One day, I'm going to attend the Grand Opening Day at Aintree so I can get dressed up and wear a big hat. I understand it's an atmosphere that has to be experienced in person because of the live music and entertainment alongside the actual racing. In the meantime, I've been enjoying these weird and wonderful facts

1.  The first race was held in 1839 but started two hours late. The winning horse was called "Lottery"


2.  The fastest winning time is 8 minutes 47 seconds, run by "Mr Frisk" in 1990 (the slowest ever time was the previously mentioned first race in a time of 14 minutes, 53 seconds)


3.  Red Rum is the most successful horse. He won in 1973, 1974 and 1977.
4.  Charlotte Brew was the first female jockey and she raced in 1977. Since then, female jockeys have participated in 18 Grand Nationals
5.  In 2011, the then owner of Blackpool Tower, Trevor Hemmings, owned the winning horse "Ballagriggs". This was his second win as he also owned the 2005 winner "Hedgehunter"

It's a family tradition here to "pick a horse" for the Grand National but we very much select based on name and colour rather than performance (something that I'm guilty of in real life too!).

I've actually won money in the past using this method - I think the maximum amount was £12 though. The thrill of the win was worth more than that, for sure.  If you want to plan ahead for the 168th Grand National you can check out the Grand Opening Day betting odds at William Hill. You HAVE to let me know your method though - is it the same as mine or do you actually study form? Can you give me any tips?

This is a featured post. Please see my disclosure policy for more details.
Image provided by horseracingphoto.co.uk and is licensed under a
Creative Commons Attribution 3.0 Unported License.