The February Run Down

So I'll start with the negative from this month. I had the worst run (mentally) around three weeks ago. It was a normal Monday 3-mile run with my usual running group and some of the route was to be torchlit (it mixes things up a bit - here's the stats from Strava).  I don't suffer from panic attacks however I struggled with pace and I had a bit of a moment half way round where I struggled to breathe, felt physically sick and got a bit tearful. My running pals talked me through it and got me to a point where I felt as though I could carry on.

After getting home, I had a bit of a think about what had happened and felt as though I had been building up to this for a long time. The decision to run further and faster over the winter was a tough one to make. I was leaving my Couch To 5k community group comfort blanket behind, running with new people - many of whom were already great friends with each other - and pushing myself to do something that still feels so unnatural to me. The runs with this group are tough but I can already feel the difference in my stamina and pace in general and that's the positive I'm taking from this.

Moving forward, we are on week 7 of the latest 5-10k Progression Plan and this is the third time I've been on this plan. As mentioned earlier, it's a challenge for me to be out of my comfort zone but I do organise the weekly optional extra run on a Saturday which is anything between 3 and 5 miles. I've also got the Stroke Association Resolution Run (10k) booked for the beginning of March and there's a few of my running mates taking part. I have also registered for another virtual 10k during March.


I had been mentally preparing for the Blackburn Road Runners 10k Winter Warmer for a while. It's our only local 10k and includes my nemesis hill - Buncer Lane.  The route is tough in general, with the first 3k being totally uphill however the views are spectacular. The organisation of the event is second to none with BRR members as pacers and marshals - and this is what helped me have such a good run as I know most of them personally as part of my extended running community. My run was full of shouts of encouragement, high fives and hugs. 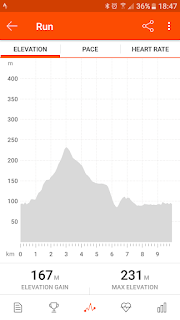 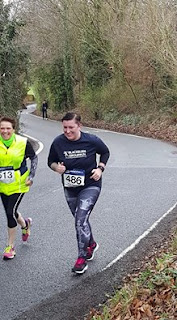 At around the halfway point I fell into a matching stride with another runner and we ran the second half of the route together, giving each other little pep-talks, chatting about our running achievements and goals for the year and generally helping each other along for the last part of the race. Because of this, I totally ran through my usual wall at 7-8k but definitely hit it for the last kilometre when I was back in the park and could see the finish line. My new-found running buddy stretched out for the final leg and we finished around a minute apart. Photo credit : Claire Young 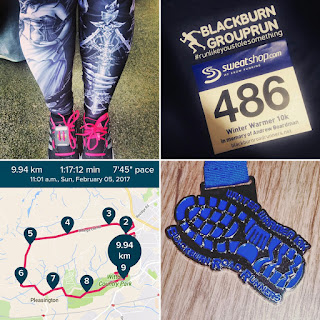 I'd set myself a goal of completing the course in 1hr 20min as I knew how long it would take me to run that first section but my chip time was 1:17:22 - yes it's slow but it's the first time I've not felt like I was running for well over an hour and that was simply down to my own personal experience with this race and the people involved.


The last few weeks have been spent thinking a lot about the Fitbitches ethos and how I can grow this into the meaningful, altruistic community that I want it to be. The Facebook group has doubled in size but I'm still determined to ensure that there are only proactive members who are focused on encouraging each other, regardless of fitness level, exercise discipline or personal goal, and all with no sales pitch as I'm looking more at the community atmosphere. As individuals, these goals are always so different but we all need that little high five or pat on the back to keep us going, don't we? 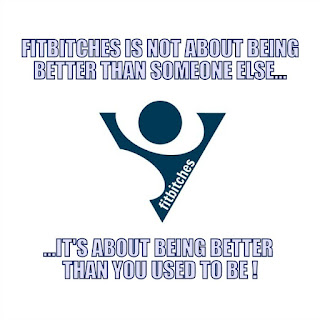 Along with the original members of Fitbitches, I organised a February Virtual Event. We were all looking to move more in 2017 but I always find having an actual target is the best way to get to the next level.  I saw that Virtual Runner UK were offering a medal in February where you could run or walk either 5k or 10k to achieve that medal.  It was the ideal goal where we could all be involved, so we signed up for it, agreed a day when we could all do the activity near our own homes and kept in touch via social media for mutual support. It was such a good feeling to actually see my friends achieving what they'd set out to do and enjoying the time they were spending doing it! Huge congratulations to Tanya, Kirsty & Clara and Penny (links to their Instagram so you can follow their updates).  If you want to follow our progress then we are using the #Fitbitches hashtag on Instagram - that hashtag isn't exclusive though so I might have to create a unique one moving forward... EDIT - THE HASHTAG IS #FitbitchesMOVEment - see all the posts here.  Leading on from this, Tanya has absolutely SMASHED another personal goal by power-walking 21k in a week - you can read her update here.

We are all now contemplating what we can do in March and we are slowly introducing more people to the group who can help mould this unique community in the way that I want. This is more than completing just one 5k or chatting on a Facebook group or selling fitness advice in the form of e-books that isn't tailored to the individual. It's not blogging, it's not tweeting... it's doing. It's a MOVEment.

Stories That Have Captured My Interest This Month 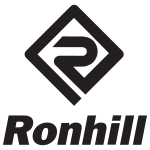 Most distance runners will have heard of Ron Hill and many other runners will know of him through his sport clothing range as he was a pioneer of various products, but mainly the reflective strips that are now found on most sports outerwear.  I knew of him long ago as he was the first winner of the Freckleton Half Marathon (my home village - and, if it ever came to it, the only half marathon I'd ever run) and he still holds the course record after 50-odd years!

Born in Accrington, Lancashire, he was a multi-gold medalist marathon runner and recently ended the longest recorded running streak in history, finishing at 19,032 days where he ran at least one mile for every single one of those days. I honestly can't imagine how that feels as he has said that he mentally wants/wanted to continue but, due to illness, his body just couldn't do it any more.  The Guardian shared a video of his achievements which I've embedded here for you to watch.

Fell running is so far off my radar that I cannot even contemplate the dedication it takes to train for such events. This article about Ricky Lightfoot appeared on my Strava feed a couple of weeks ago and is a must-read. He talks about the Bob Graham Round, which is the Lake District's most historic fell running challenge and the input that is needed for this endurance feat. As an aside, the photography accompanying this article is too DIE for!!

And I'll finish with yet another excuse to embed a Casey Neistat video where he examines his addiction to running. The mini-film is under 3 minutes long so well worth a watch.

What I'm wearing this month


Adidas Duramo 55 - discounted at Sports Direct (although their staff are worse than useless) - bought a half size bigger which is recommended and laced for high arches. This has completely eradicated the pins-and-needles feeling I regularly have in my foot and I've had fewer calf twinges this month too.

Wild Bangarang - I wore my Anne Stokes Gothic Skull leggings when running the Winter Warmer  which are definitely my favourite pair from all the ones I own. If you're ever ordering from their site you can use the discount code TYPECAST15 for 15% off your order.

Blackburn Road Runners buff - I joked that I'd only entered their Winter Warmer so I could receive the logo'd running buff in the goodie bag... but they didn't include one this year!! My friend, and BRR member, Lisa kindly bought me one as a gift and I've worn it every time I've been running since - it was brilliant as an 80s style sweatband on this weekend's 8k run (pic here)!!

Total distance for 2017 so far

123 kilometres
I should be up to 140 km this week to be on track for my goal of 1000 km this year. I'm not too worried about being a little bit behind but I really can't let it slip much more as it will become too challenging later in the year

My focus for March is to catch up on the missing mileage and to be more positive about my runs. One day, I'll nail this.  (PS... read January's Fitbitches Run Down here)