Ever looked at a new piece of technology and thought that it wouldn’t look out of place in a science fiction film? Actually, as it turns out, that's where it may have come from... As the speed of development in science and technology grows ever faster, the latest gadgets are becoming more accessible than ever. Once the preserve of the young and rich, more and more people are able to play a part in this technological revolution – including the elderly.

According to the Office for National Statistics, there has been a sizeable increase in the number of people age over 65 who are using a computer on a daily basis. The benefits of technology for this demographic are clear; it’s much easier to stay in touch with friends and family (leading to reduced feelings of loneliness and isolation) and access services which may be of benefit.

Just as the technology of the present inspires older generations, so films of the past are inspiring exciting new technologies. Films and technology have long been linked. The science fiction area of the 1950s and 1960s added fuel to the fire of the space race and now technology that was once the stuff of dreams is entering the realm of reality.

Taking inspiration from TechRadar’s 10 amazing bits of future movie tech that already exist – here is a snapshot of what happens when tech dreams become reality.

It’s funny to think that the tablet computer first made an appearance in the 1968 film 2001: A Space Odyssey - just one example of how the dreams of yesterday are the gadgets of tomorrow. In fact, many of our favourite tech goodies were actually the work of fiction before some intelligent soul saw fit to make all our dreams come true.

From "clap on" lights in Bruce Almighty to a personal toast dispenser in Wallace and Gromit, once upon a time the thought of being able to control your household objects was only a dream but now it's available in almost every home with gadgets such as Chromecast and Amazon Echo.

Incredibly, the US army is even attempting to develop an exoskeleton suit not dissimilar to the one worn by Iron Man. With superheroes a popular topic in both written media and film, it’s clear that future technological developments will put a clear focus on all things ‘super’.This suit isn’t the only item from films to be attempted in reality either. The hand from the Terminator movies, for example, could mark a huge step forward for prosthetic limbs as experts look at ways to bring this element of fiction to life.

Even the sci-fi staple of a futuristic driverless car may not be that far from making its debut on real- life roads. Google has already having tested a prototype of this technology on the streets of San Francisco, while Ford are developing a car that takes control of the steering if you’re about to crash.We might not quite be whizzing around on hoverboards or travelling through time, but technology that awes us in the cinema is slowly beginning to infiltrate the real world and prove, beyond a shadow of a doubt, that anything really is possible when you put your mind to it. 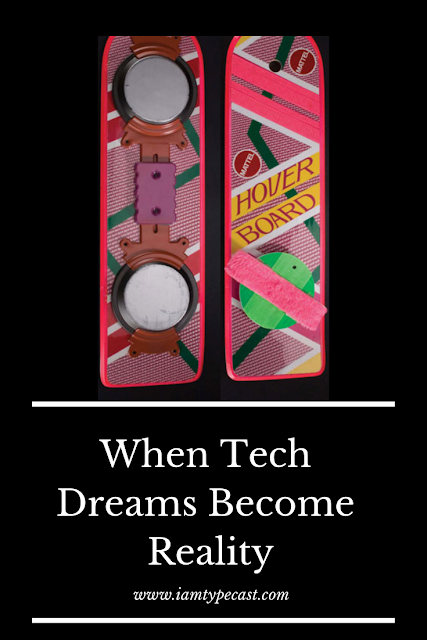