Young Adult Debt. Are The Parents To Blame? 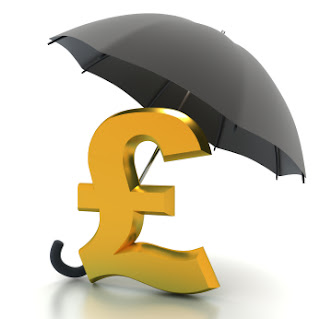 People aged between 35 and 44 are more likely to be made bankrupt – or take any other form of individual insolvency – than any other age group in England and Wales, according to the Office of National Statistics. At an age where we are supposed to be most financially responsible and spending savvy, this age group is suffering from debt problems more than any other.Why is this?

When you think about it, it’s perhaps not that surprising that bankruptcy rates are highest within the 35 to 44 age bracket. What’s the thing that many of us are busy with through this period of our lives?

Bringing up children, of course.

And that’s a big financial responsibility, on top of any others you might already have, such as mortgages, loans, bills, cars: the list goes on. However, not all parents get into debt so what is it that makes one person more likely to become insolvent than another?
Obviously, people who habitually spend above their means will find themselves on the path to big debt problems. But are there particular factors that make someone more likely to get in that habit in the first place? There are no hard and fast answers, but there are some interesting trends.

As I've already mentioned, there are correlational trends between age and insolvency levels. As the ONS explains in its research, typically, the younger you are, the more likely you are to live at home and therefore the less impact losing your job, for example, is likely to have.

Conversely, the older you are, the more likely you are to own your own home outright, insulating you from the effects of economic problems, to a degree. Also, if people are retired, they’re less likely to be damaged by some effects of the UK’s economy crisis, such as high unemployment levels.

Where you live in England and Wales has a huge impact on your likelihood of becoming bankrupt – or at least the rates of insolvency in your region. The regions in the south east of England have much lower rates of insolvency than those in the north. In fact, in 2011, the insolvency rate in Blackpool  was over 13 times higher than that of the City of London. This seems to follow the pattern of the impact of the UK’s economic crisis, with the general consensus being that the north of England has felt the impact much more.

What’s perhaps most interesting is that seven of the 10 local authorities with the highest rates of insolvency contained seaside towns. What is it about seaside towns that beckon bankruptcy and insolvency? Could it be something to do with the local tourism these places rely on dying out, with the trend for holidaymakers taking economy flights abroad, instead?

Everyone loves the battle of the sexes – and when it comes to insolvency, females are winning. Men made up more than half (51.2%) of the individual insolvencies across England and Wales in 2011, despite making up only 48.8% of the adult population.

What does debt mean for you and your family?

If you’re facing bankruptcy, or any other form of insolvency, trends don’t mean that much; it can be an incredibly stressful and isolating experience, especially if you have a family that relies on you.

If you receive a bankruptcy order, it will cover most debts (although not any student loans, maintenance and child support, or court fees). You will no longer have to deal with your creditors, and there is no minimum or maximum debt limit. Bankruptcy orders typically last for a year, after which any debts covered by the order are usually written off.

However, bankruptcy is never to be taken lightly. It will actually cost you up to £700 (or even more if you use a solicitor) to go bankrupt, and you may have to sell your home to pay your debts. The details of your bankruptcy will also appear on your credit reference file for six years, which can limit your access to borrowing money.

Can I recover from debt?

Specialist credit card providers have a lot of information about recovering from bankruptcy, including their getting-back-on-track video. Briefly summarised, some of the steps you should take to get your credit score and finances back in shape are:

Where can I get help?

There are many national companies, organisations and charities that are there to help people in debt. Take a look at some of the sites and forums below if you’re in need of advice.

Experian.co.uk – information about credit cards and bankruptcy from one of the leading credit reference agencies