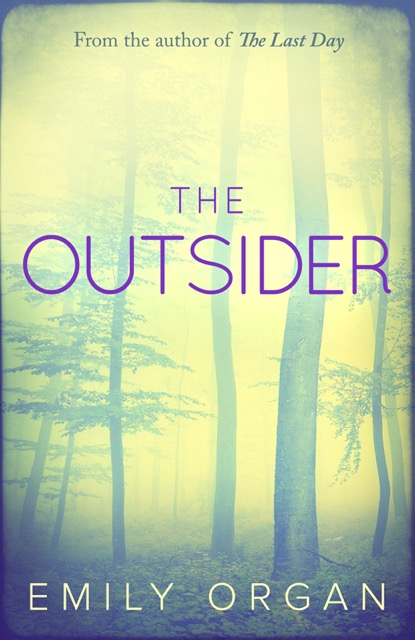 Emily Organ is a long-time blogging friend of mine and it's wonderful to see her producing such engaging and interesting fiction. The Outsider is Emily's second novel.

Yasmin and Daniel meet by chance at a business conference in New York. Both are looking for a reason to move in a new direction in their lives but didn't expect it to be with each other. The only problem is that Daniel is a recent widower and his wife's death is shrouded in mystery.

Back in the UK, the story continues with the growth of their relationship, how Yasmin feels living in Daniel's wife's shadow and the fact that she doesn't really know the full story of how or why Lisa died. To complicate matters, Richard, one of the villagers, was slightly obsessed with Lisa and believes that her death wasn't an accident, even though the inquest ruled otherwise. He is determined to find out what really happened and conducts his own investigation, upsetting and unnerving almost everyone around him... except Yasmin, who becomes intrigued by the discoveries that Richard is making.

The Outsider is a completely different story structure to Emily's first novel - The Last Day, which I reviewed here. The story takes many twist and turns, leaving you guessing right up until the last few pages.  The main characters are well-written and the number of supporting 'cast' is just enough to feel they matter to the story line.  Occasionally I felt as though there could have been more to the story but that was because I wanted to feel everything that was going on.  Sometimes less is definitely more.

The Outsider is available to buy now on Amazon