Just recently, I've discovered Fotor - a suite of editing tools for your photographs with an option to create your own images for use on your social media channels.

You can use the Fotor tools either via the website for online photo editing or off-line using their desktop app. With just a few clicks you can tidy up a favourite photograph by simply adjusting the exposure, brightness and contrast, you can add a filter or two, crop the image, remove red-eye and so much more, all with simple steps, all of which come with full instructions and hints and tips. There are over 50 preset edits you can use or layer them up to create even more effects.

Here's a simple edit I did with one of the photos I took outside Salford Lads Club a couple of years ago. I adjusted the tilt shift (two layers of blur to create the effect), used one of the black & white effects and cropped the image. It took about two minutes all together. 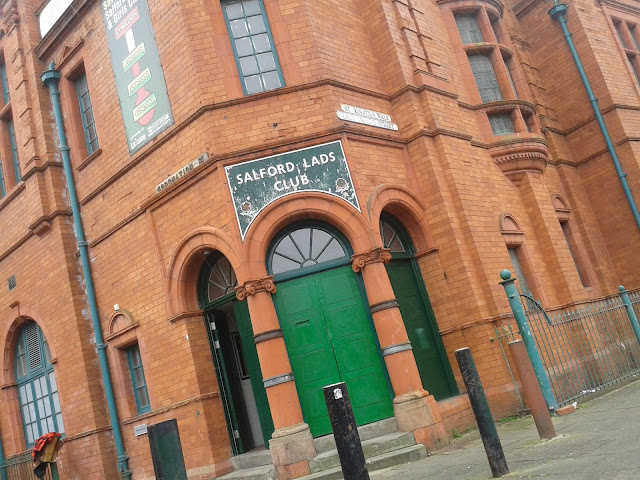 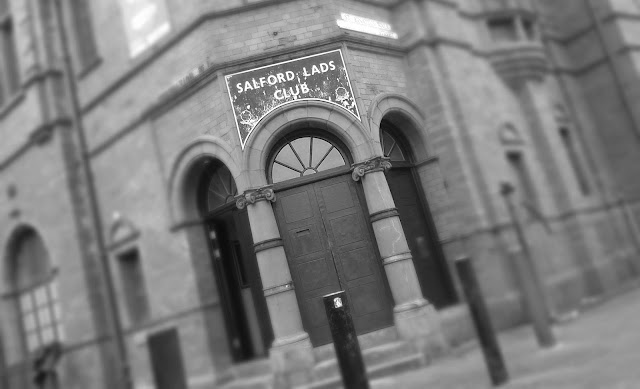 As also mentioned, you can use the 'Design' section to create Facebook cover photos, Pinterest-friendly images or a photo collage for your blog posts or even up your Instagram game with the Instagram template.

Here is a banner I made which is suitable for use on Pinterest. For this one I took a free image I already had saved (although there are a huge number of templates to use on Fotor), added a rectangle with the transparancy lowered, inserted the text and voila!  This one took around five minutes to make but I'm sure you could be even more creative! 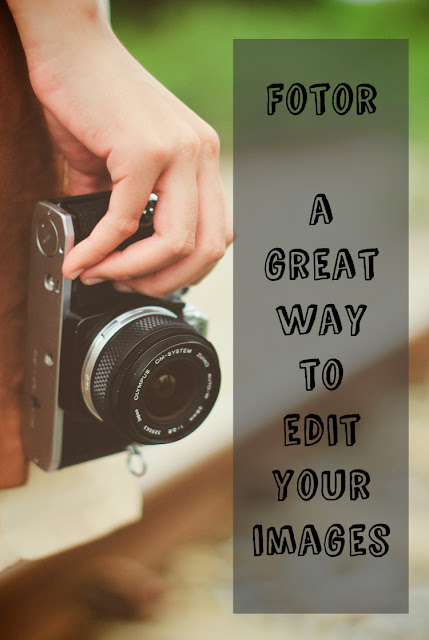 I've used similar apps such as Picmonkey and Picasa and this stands right up there alongside them. Fotor isn't pretending to be Photoshop but does provide a simple, effective way to tweak your photos.

Fotor is a free app with over 200 million users worldwide although there is the option to upgrade to a pro account (additional filters and tools) for $39.99 per year.