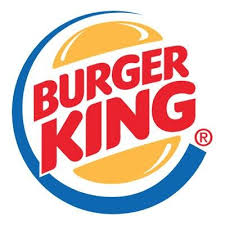 I promised myself that I would use my blog to rant about my experience at Burger King in Blackburn as a last resort.  Three weeks down the line I have come to the point where it's this option or take it to the local, or even national, press (cue *angry face expression whilst pointing at a Burger King wrapper* photo).

I'm going to use this blog to publish the timeline of disaster from the initial experience through to the social media conversations, the lack contact from Burger King and the fact that they are now ignoring me, full stop.

Hey @BurgerKingUK I don't appreciate having to wait 20 mins for a wrong drive-thru order and then be sworn at by your staff at #Blackburn
— N I C K I E (@nickieohara) June 30, 2017

Also your manager really couldn't be bothered and had to be requested 3 times to come to front of house
— N I C K I E (@nickieohara) June 30, 2017

This may be a franchise however they are trading under your name and I'm fuming. I have the names of the Manager and the member of staff
— N I C K I E (@nickieohara) June 30, 2017

We take these issues very seriously, Nickie. When you can, please fill out the form on https://t.co/hcF5xqw7oi Thanks
— Burger King UK (@BurgerKingUK) June 30, 2017

NB: I had the foresight to copy and save the text that I wrote. A good move on my part because a copy of the complaint sent via their website wasn't emailed to me, nor did I ever receive any notification or acknowledgement that it had been received.

A drive-thru visit - 4 people in the car - 4 meals to be ordered.
Our order was taken at the speaker, we were told that a Bacon Double XL burger would cost £1 extra and then, upon query, we were told this was not so. Our order was completed and we were instructed to drive to the window to pay. We were behind two other cars and had to wait around 15 minutes to actually reach the window to pay. When we got there, the member of staff asked us to confirm that we'd ordered [only part of the order]. She became increasingly confused so another member of staff came over to help out.

Our order was eventually confirmed - we were given our drinks but no cup holder as there were none available (not sure how I would have coped if I was on my own) waited another 5 minutes or so and were given our bagged order. We drove into the car park to eat however one part of it was wrong (a Chicken Royale meal had been wrapped up as a smaller beef burger with jalepenos or similar - a Long Chilli Cheese?). I walked back into the restaurant to complain and request that the order was corrected. I pointed out who had taken the order and mentioned a couple of the issues we'd had when ordering. The girl who had originally taken my order looked at me and said (and I quote), "WELL I DIDN'T FUCKING BAG IT UP, DID I?"

She then proceeded to walk behind the service counter, continued to swear, directing her anger and myself and second member of staff whilst third member of staff pretended to look at my receipt. I was then asked what was wrong with the order and asked if I wanted it correcting!! Meanwhile, an off-duty member of staff in the main restaurant area called into the back of the service area for someone called "Nathan". She shouted to him three times before he decided to come front of house, whilst being told to "keep out of it" and "not get involved" by the third member of staff.

Nathan was apparently the shift manager. He looked at me blankly, asked me what the problem was - which I reiterated - and I also pointed out that I was less than pleased with being sworn at by a member of his staff. He bagged up a Chicken Royale burger with some extra chips and gave them to me. I asked if that was all he was going to do. He apologised for the incorrect order.

I requested for his name to be written down along with the other member of staff. He patted his pockets and said that he had no pen. I offered to wait whilst he went to find one. All this time there were cars going through the drive-through area and customers in the restaurant (including families with children).

ORIGINAL ORDER :
Just over £25.00 in total - I don't have the original receipt because the staff kept it when I went in to complain!!


As I'm sure you can imagine, I am BEYOND angry about the way that I was treated from start to finish. I could have excused an issue with the speaker order. I even managed to understand the fact that there was a 20 minute delay. I've had orders wrong before and had them corrected with no issue but I REFUSE to be spoken to and treated like that by a number of staff who are in a customer-facing position.

I'm just going to leave these as links rather than fill up this post with more embedded tweets. You can click on the links to see the tweets but this is more to demonstrate how I have had to try and contact Burger King to respond to this complaint and their failure to do so.

In between all the tweets there have been retweets from friends along with shock and surprise that I've had no communication from Burger King about this complaint.  As noted above, I've also attempted to communicate with the company via their Facebook page but my public posts have been unpublished or hidden by them and the private message has not been replied to at the time of publishing this post.  I have emailed public CEO email addresses for Burger King found online using the CEO email address website.

I have no idea how to progress with this but I urge you to share this blog post to maximise exposure for me.  You can retweet my tweet (embedded below) or you can share this post on Facebook (my post is also embedded below) or any of your social media channels.  I'd also be interested to hear how I can further my complaint with them so they will actually take some action over what happened.