In the last #Fitbitches update I mentioned that I was changing the way in which I was participating in running, both as a mentor and for self-improvement. Volunteering as a Team Leader three times a week with GroupRun Blackburn's 'couch to 5k' group and then one 'long run' a week with Blackburn Road Runners was working perfectly.  But I had to make a huge decision.  Did I want to make that huge leap and officially become a 'club member' and be part of a organisation with a fantastic reputation and a strong membership?

What swung it for me was the support that I've received by all the Blackburn Road Runners (BRR), many of whom have come through the community couch to 5k programme and are now running half and full marathons! I hear the BRR members cheering me on at races. I love reading about their camaraderie via Facebook updates. I enjoy spotting the blue and white vest at events and even on the television occasionally.  I am proud to hear of the achievements as their members smash club records and "personal best" times.

After my four trial club runs in September I submitted my membership application form and was soon accepted. I paid my fees, ordered my running vest and then, weirdly, kept quiet about it.  To tell you the truth, I was very nervous about representing the club as a slow runner. 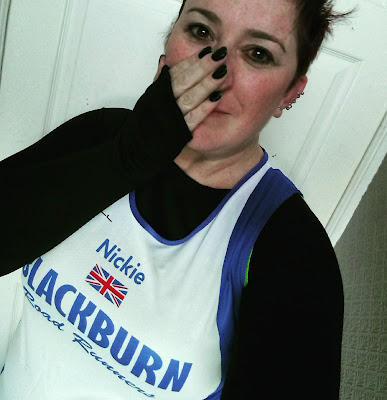 I had to go public eventually and I thought the Fylde Coast Runners Windmill 10k was the perfect opportunity.  This race was my first ever 10k in 2015 and is my old stomping (no pun intended) ground so I love the scenery and the familiarity of the surroundings. Its not a race for everyone as it's an "out and back" run and almost totally flat. When I had originally registered for the run I wasn't a club member so I emailed the organisers and asked them to amend my details.  It felt like the final commitment I needed.

I knew there was going to be a good turn out from BRR. There were plenty of blue and white vests in the field and the route was lined with enthusiastic supporters. In fact, you can read more about this in the BRR newsletter. 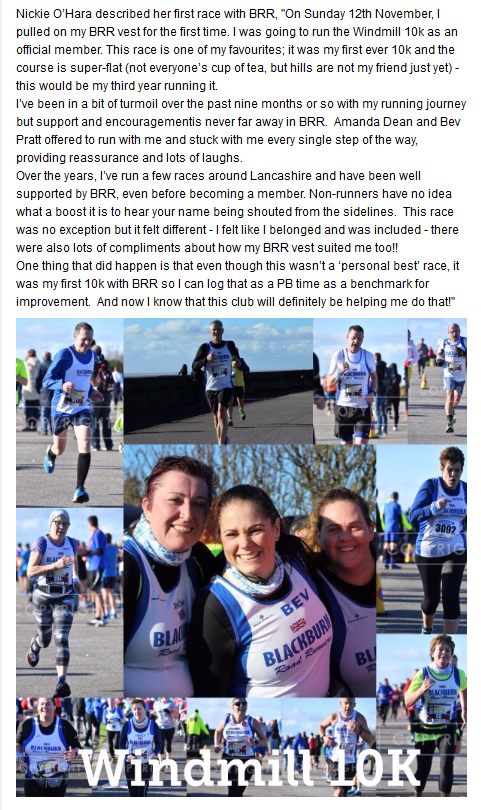 As mentioned in my mini write-up, Amanda and Bev from the club had offered to run with me to help me through. We organised the car journey to Lytham and made it there alive (honestly, if I told you how we took a wrong turning before even leaving Blackburn and how I'm lucky to have made it there and back in one piece, you would say I was exaggerating. There are films and stage shows with less comedy moment that have made millions of pounds...).  Those girls never left my side for the whole 10k even though they could have both finished in a much faster time. And that selfless offering has definitely sealed the deal for me; that alone was worth the annual club fee.  They told me that it isn't about sacrificing a 'personal best' opportunity - it's about being a team player and enjoying the day.

There was a time, not so long ago, I was adamant that I was not joining a club.  I felt as though I didn't need to as I wasn't running for times or to score points - I was running for self-improvement.  I've since discovered that I can have that and £2 discount on race entries so much more from being a club member. 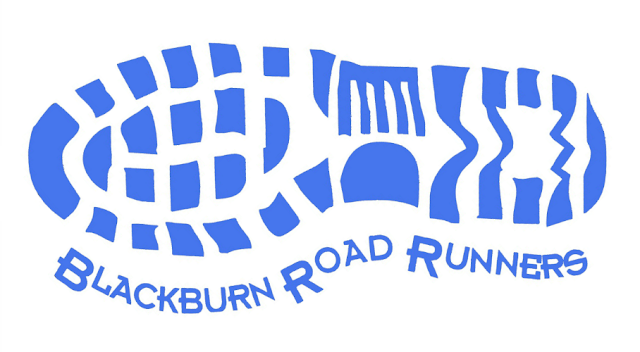 Read other Fitbitches blog posts from this year