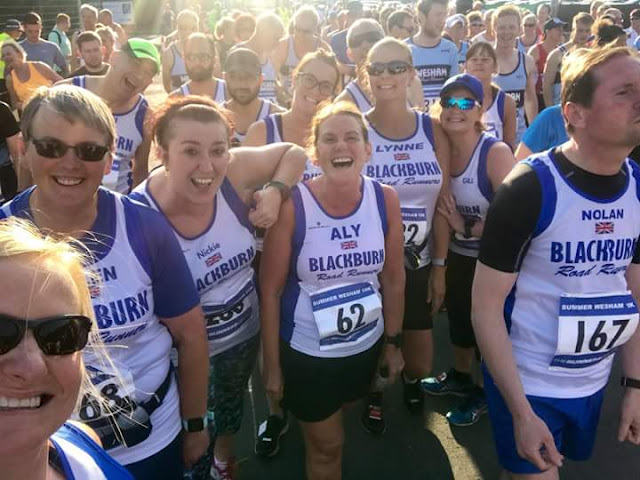 Well folks, it's been a quiet but progressive two months.  Ironically, after being awarded "Runner of the Month" by my fellow running club members for March, I didn't do much pounding of the streets in April because we went on holiday to Tenerife.  I tried a couple of early morning runs there but it was just way too hot, even at 8am.  I found a lovely 2.5 mile route from the hotel to the town centre and back along the seafront. The scenery was gorgeous with mountains on one side, the sea on the other and a deceivingly steep hill to connect the two! 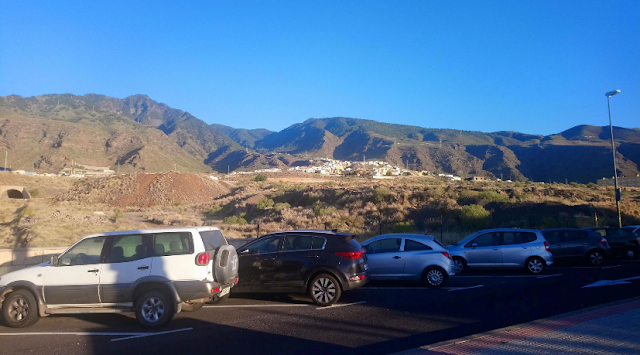 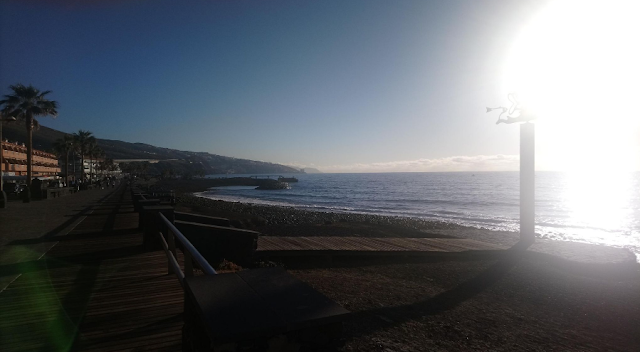 Whilst on holiday I read the book, "Your Pace Or Mine" by Lisa Jackson.  It was bought for me as a present after completing the Darwen Half Marathon but gifted on the proviso that I lend it back after I'd finished it (this conditional gift giving could go far, trust me).  So I devoured it from cover to cover and highlighted inspirational passages and quotes that really hit home for when I gave it back to Lesley. I have to say that it's one of the best running books I've read and has provided me with even more positive ways of looking at my own running with a view to enjoying it better.  I'll be surprised if you've not already read it but, if you haven't then GO... NOW!!

Also in April we had the Manchester Marathon and the London Marathon as the main focus races.  Our running club was well represented at both with thousands of pounds raised for various charities along the way and an enormous amount of personal achievements.  I am always in awe at the amount of time (and mileage) that goes into training for an event like this. It's a HUGE and selfish commitment with everyone around you having to be on board to support the amount of time you'd be spending away from the house in the final weeks of preparation.

Apart from my close running buddies and fellow club members, of who I am immensely proud, one other runner stood out from the crowd for me and that was my blogging friend, Kirsty.  She's an inexperienced runner and trained, on her own, from couch to marathon for the London event, battling personal health issues along the way.  She's written about her journey here [Part 1 | Part 2] which, if you're a new runner with a big goal or if you're a slow runner who celebrates finish lines rather than finish times then you definitely should read both blog posts.

Next, local lad, Ben Fish's account on achieving 2:26:55 at the London Marathon is just jaw dropping when you consider the pace he was running at in the heat. Read the full blog post here but here's a mini-spoiler...

My finishing position was 27th (including elite) and the eighth British man, which in fairness would usually require a sub 2hr 20 to manage in good conditions, so on reflection, my performance was better than I initially thought.


And finally, this forum thread about London Marathon cheaters is compelling reading.  I just don't understand the psyche behind cheating, especially when there are multiple timing mats but moreso after following the training and efforts of people like Kirsty and Ben mentioned above.

Something a bit different... do you remember Ben Smith? He was the guy that ran 401 marathons in 401 days to raise awareness of bullying and also to raise funds for two anti-bullying charities.  Have a watch of the video below:

Inspirational, yes?!  And I really love the ethos behind The 401 Foundation...

"We will support small grass root projects and individuals who build confidence and self esteem, tackle mental health and self development issues in local communities"

It's something very similar to a local, Big Lottery funded project I worked on about five years back so it's great to see someone carrying on that idea with the ability to be more prolific and hopefully create a national foundation to support communities far and wide.  Find out more at the 401 Foundation website.

To finish, I want to mention why I feel my change in attitude and the conscious effort to lose weight is a huge part of why my running is getting better.  I read an article on The Pool by Amy Jones which was about how fat people can run (IT'S TRUE - WE CAN!) but there's a lot less "inspo" posted on the usual social media channels.

When I looked online for fitness inspiration or running tips [..] all that were getting served to me was images of thin, strong (usually white and blonde) women, bodybuilders or “before and after” pics demonstrating the huge amounts of weight people had lost since they started training. These bodies seemed so far removed from my reality that there was no point even trying to aim for them – I’m like a different species and I feel simultaneously enormous and very, very small when I look at them.


Now, I'm not about to strip down to my bra and run through Witton Park *hears a collective sigh of relief from all Blackburn residents* but it really made me think about who I was six months ago compared to now.  I hardly ever share photos of me actually running but I saw these pictures from Hyndburn parkrun a couple of weeks ago and, whilst I could have chosen my outfit a little more carefully, the photos were a reminder of how far I've come in such a short space of time.

I'm not the fastest runner - in fact, I regularly come last in my age category and I'm usually the last member of our club to cross the line at races - but I've learnt that this is OK.  I'm starting to see and feel the physical results of losing almost two stone (and counting) in weight as my stamina has improved massively and I'm looking forward to heading out of the door for each run.

Personal bests for parkrun and 10k races - and maybe even another half marathon in the not too distant future - are already being worked on.  Last Wednesday I ran the Wesham Summer 10k organised by Wesham Road Runners as a trial for a summer mid-week event on their usual winter 10k course.  This was the fourth time I've run this course and it would be the first time I had run it completely alone so it was a test of my stamina and mettle more than anything else.  I'd already had excellent advice about not setting off too quickly and I'd fully prepared mentally to come last. What actually happened was nothing short of a miracle in the form of running almost 6k without having to have a little power walk and then achieving a 5k, a 10k and a course Personal Best in one fell swoop. That sub-1:10 feels very much within my reach now and that's my next goal but I'm definitely not going to put pressure on myself to achieve it. 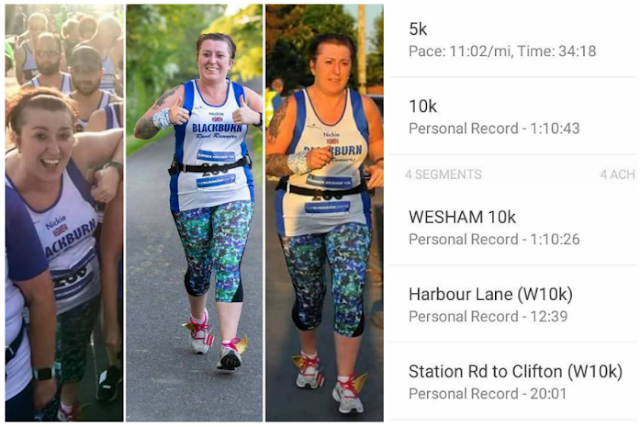 So, for the time being, I've changed up the training sessions by putting in one mid distance run (5-6 mile), one trail run (3-4 mile) and one long distance run (10 miles) per week and I'm already seeing results.

Whatever happens - I'm slowly learning to accept that I get out there, I try my best and I finish what I set out to do. It just takes me a little bit longer than everyone else!

PS... I'm often asked about my running gear so this month I've been wearing ACAI Activewear Compression Leggings from UK Lingerie,  USA Pro capri leggings from Sports Direct (seen in the both the pictures in this blog post), a Shock Absorber Ultimate Run sports bra from UK Lingerie which is one of the comfiest I've ever worn, Adidas Duramo 55 trainers (alternating two pairs) with Shwings from Amazon laced into them for a bit of fun!

PPS... My Instagram is becoming more about running with snippets of regular daily life thrown in.  If you like that sort of thing you can follow me here : www.instagram.com/nickieohara. Also, if you follow people on Strava you can find me here : www.strava.com/athletes/18841012

PPPS... Don't forget about my running podcast - The First 10 Minutes Are The Worst.  You can find it on iTunes, on Podbean or just search for it in your podcast app. You can also like the Facebook page for little nuggets of news and inspirational stories we find. 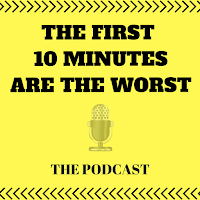