Going Back To The Start 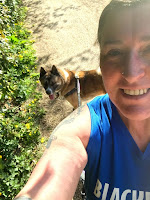 I often over-share my running journey on my Instagram account with 2018 being a fantastic year for achievements, new challenges and lots of personal best times. 2019 was a bit up and down with a dreaded knee issue (osteoarthritis) flaring up again and threatening to push me into retirement. I still managed to complete a few races, including my first 10-miler and a half marathon for charity.
2020 was going to be my ‘comeback’ year but with emphasis on running for fun rather than chasing any specific times, although I did want to crack a 30-minute 5k at some point. I started to find my feet again by jumping on board as a volunteer with the Blackburn Couch to 5K community running group, being part of the pacing team for the Blackburn Road Runners Winter Warmer 10K as the back runner and doing a few 3 mile social runs with some of my old crew.
But then we went into lockdown and all the fun races that I had booked started to be cancelled. I’m the type of person who needs a goal to aim for and it felt like the part of running I strived for - being with people and achieving new goals - had been taken away overnight.
Running solo, when you’re a slow, under-confident runner is hard. Very hard. Being a leader in groups helps take my mind off my own woes and helps me to battle my own demons. When I’m running solo I get bored very quickly and have zero confidence and motivation. I am in awe at those who can run for miles and miles on their own.
So I stopped running.
I had a couple of days where I felt inclined to join the #BRRSafeSaneSupportive challenges set by our running club but my effort felt paltry compared to everyone else plus I was very nervous about lockdown running and the Government guidance at the time. But I also noticed a buzz of similar gripes from some of my running peers so I put a new plan and goal into action.
I set up a small but perfectly formed private Facebook group called LOCKDOWN C25K which was for those few running friends who needed an excuse to get out and wanted to be accountable for their runs, in a similar way to the structure of our community C25K group in Blackburn but away from their main Facebook timeline. This, however, wasn’t about being a brand new runner, or running in groups, or to have everyone running on the same day at the same time but about having a place to say “I DID IT” and know that if you couldn't be arsed moving off the settee for your third run of the week, you could have a bit of a private moan about it and the others in the group would give you that boost you needed to pull on your trainers and get out of the front door.
And it’s working! We are a group of 20-odd people at varying points of the C25K plan. I started at the very beginning, convincing myself to trust the plan as I have told so many other people in the past. I’m currently on Week 5 and preparing for the dreaded 20-minute run this weekend. We have some members who jumped into the plan on week 3 or 4 and are now on Week 7. We have some members who are repeating weeks to gain confidence. We all aim to finish the plan by the end of June and organise a 5k run - socially distanced in pairs, or just from our own front doors - as a “celebration run” - again, being accountable to each other.
Once again, it’s the kindness and support of other people that is helping me re-start my own running journey and, in return, 24 or so other people are doing the same. We are all motivated and excited about getting it done! Well, everyone except Michi (my dog in the picture) who literally dug in and refused to run half way through week three.
Note : I originally wrote this for the Blackburn Road Runners newsletter (22nd May 2020) and thought it would be good to replicate it here too with some minor amendments. Also, you can download the NHS Couch to 5K app from your app store or direct from the NHS website.
Blackburn Road Runners C25K fitness motivation running