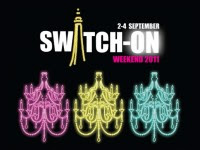 I grew up in the Fylde - St Annes on Sea to be exact.  Blackpool was but a short car journey away and we very possibly took the entertainment capital of the North for granted.  When we went on holiday people marveled at the fact we lived a stones throw away from this amazing town and presumed that we went up the Tower every week.  In fact, as a child, I only visited Blackpool Tower twice.


Blackpool Illuminations were always a great family evening out.  Either my sister or I would be allowed to sit in the front seat of the car whilst mum was relegated to the back seat.  We could wind our windows right down and lean out as far as possible to soak up the atmosphere.  We started at the arch at the St Annes end and crawled through at about two or three mile per hour.  We jumped out at Gynn Square and walked the tableaux up to Red Bank Square where Dad would meet us with the car.  We would then buy chips and hang them out of the window to cool them down on the way home.

For us, the build up was non-existent.  We hardly ever went to the official switch-on as the area outside the town hall (Talbot Square) was always over-crowded.  We just enjoyed our little family outing with all its regularities and quirks.  And even in the absence of the celebrity hype that there is these days, there was always a "real" famous person to push the big switch and it has always been someone who was a prime-time family entertainer.

So why do I feel uncomfortable that this year's "celebrity" is Keith Lemon?

Created by Leigh Francis, Keith Lemon is a fabulous character for adult comedy.  The programmes that were a vehicle for him were not intended to be seen by children.  The innuendo and style of comedy in shows such as Bo'Selecta! and Celebrity Juice are shown at appropriate times.  But the crossover to mainstream family viewing times was, for me, uncomfortable.  His appearances on Just Dance for Comic Relief and Sing if you Can were awkward, embarrassing and cringeworthy.  I just don't see how he translates into a relevant crowd-puller for this type of event.

Leigh Francis is a very talented person - he regularly tweets out examples of his own artwork - and he does tweet in his own name rather than that of one of his characters.  It's also very obvious that he hides his true personality behind his characters.  I once saw him interviewed on the Frank Skinner show with Davina McCall (I cannot find a clip, so if anyone has got one, please link in) and he was very subdued and reluctant to talk about his own achievements.  However, as many actors do, he comes to life once in costume.

Blackpool disappoints me on occasion.  I haven't fallen out of love with it but I think I need to renew my enthusiasm for the place.  A post by Mrs Thrifty pinpointed what it is about this town that makes me feel so sad.  It is the traditional tackiness that has gone - the stuff that Blackpool was made of.  It is now a haven for cheap weekends away with the lads or the girls, encouraged by the "2 for 1" offers in the bars and the fact that no-one appears to appreciate the town for its history.  For me, the humour that Keith Lemon projects represents this side of Blackpool.