How Do You Choose A Notebook?

July 21, 2015
I'm always interested in the notebooks that other people use and, for a long time, I have been balancing out using analogue and digital note-taking methods to keep me on track during the day.  As mentioned during my Time Management Keynote session at BlogOn earlier this year, I use Google Calendar, synced to my phone, for on-the-go reminders. Everything else is analogue - or handwritten.

Recently, I've had a few questions directed to me about notebook choices (I've no idea why people are asking me *innocent face*) and it's really hard to advise someone because notebooks are most definitely not a one-size-fits-all type of purchase. In fact, Rachel (aka Rachel In Real Life) goes as far to say as there is no such thing as the perfect notebook. Full stop.  I have a feeling that Klair (aka RhomanysRealm on YouTube) would agree because she recently told me that there is no such thing as the 'right notebook' - only the one that works for you right now.

I've always been an incessant list maker.  Both myself and fellow geek, Ruth (aka GeekMummy), agree that there's something satisfying about writing a task list and physically crossing off items as they are done. I do it for reminders in my personal journal and at work when scheduling call-backs. I have a specific system for each requirement and it works for me

It's been hard work finding a size of notebook which fits my needs but I think I'm there... probably. Let me try and explain my systems and see if they make as much sense to you as they do to me.

I use an A5 notebook or day-on-one-page diary. I write tasks to be done on the day they need completing and totally cross them out when they are actually completed. This way, I can flick through the book and see if I need to go back to anything or if I can complete a task in advance.

As I currently work in sales, I also have to record all completed bookings on the day the sale is made so that I can ensure that I am staying on (or above) target and this is noted in a separate diary.  At the moment, this works for me as the career move is fairly new however I could very easily combine the two diary/notebook systems and probably will in the future.

Firstly I have my BOAT (Book Of All Things). This is generally an A5 notebook and is my brain dump.  This year I have the most fantastic notebook which I 'hacked' so that I could use it for planning, note-taking, general jotting and doodling. It's actually working brilliantly for me because this notebook stays on my desk at home and I fill it with all sorts of musings.

Next I have my Travellers Notebook (aka a "Midori"). If you are following my stationery journey then you'll know that I'm no longer using a Filofax *shock horror* and that I've scaled everything down to a pocket notebook or three.

So what about the never-ending discussion about the right notebook for the task (or shall we call this the round-up of some of the questions I've been asked about notebooks)... 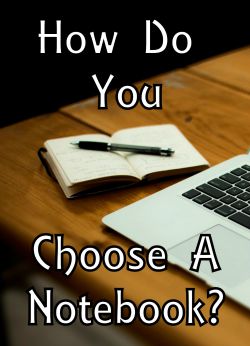 After opening up a discussion on Facebook, the Moleskine (in various sizes and formats) was the most popular choice of notebook. They can seem expensive but when you off-set that cost against something that you are going to use for (probably) six months to a year then I suppose it evens out.

Secondly (and surprisingly to me), a spiral-bound notebook (various sizes) was the next most-popular choice of notebook. This was mainly because the notebook will lie flat (always an important purchasing factor) and can bend right back on itself. One contribution to this suggestion was from a professional shorthand user and it was lovely to hear that shorthand is alive and kicking in this digital world (especially from someone whose shorthand is sadly neglected).

Quite low down on the list was the 'moveable pages' style of notebook, i.e the Filofax (or other ring binder type planners) and the Adoc and Arc systems - both of which have pages and dividers which "clip" into place on a spiral-style spine. At first it puzzled me as to why this type of planner system was so unloved but then I realised I'd totally fallen out of love with it myself in recent times.

Kirsty (aka "Just Me Kirsty") asked me when squares are better than lines. To this I'd answer "when using a bullet journal".  In fact, in order of preference, the type of page I like are dot grid, graph paper, lined, blank. The dot grid is a fairly new favourite for me but it bridges the gap of all types of paper because it feels like it could be all three of the others rolled into one as the dots are usually fairly faint (feint? *badum-tish*).  I can't ever remember purchasing a blank notebook through choice and the one moleskine I did obtain that held blank pages was given to my husband.

My newly acquired friend, Tony, from PocketNotebooks asked me if the Word.Notebook works well for the Bullet Journal system and after clapping eyes on my first Word.Notebook last week I'd have to say that it probably does. The Bullet Journal system uses a simple set of icons to denote tasks to do, tasks that have been done and tasks that have been moved to another day.  You generally use a notebook of your own choice to construct your forever changing to-do list. The Word.Notebooks have taken this one step further with their own icon system (a dot inside a circle) and printed it actually in the notebook. Now, I have my own icons for bullet journalling however I'm willing to give this a go.

I think it's fair to say that I have a bit of a notebook obsession - although probably not as bad as Kara (aka Innocent Charms Chat) who has a special box for all her unused notebooks. It was Jane (aka Fired4U) brought me back to the actual reason for using notebooks. Writing in them. She has her own preferences but suggests that the notebook itself should make you want to open it and write in it more - and she definitely needs enough space between the lines as she has fairly large handwriting! So I've made a promise to myself to use everything I buy or review. I went through a stage of not writing in 'pretty' notebooks so's not to spoil them however I tend to Just Get On With It now, especially as my new Travellers Notebook system requires the continuous use of notebooks.

At this moment in time, the Travellers Notebook system is the best option for me, My ideal planning system is a 14-month diary which runs from December to January but who's to say that any planning system has to run for any specific length of time?  Lizzie (aka @Eliza_Do_Lots) has recently bought a 16-month diary which she plans to love and cherish until the very last page.  A stand-alone Bullet Journal doesn't help me with forward planning, and that probably does have to be done in the traditional 'yearly' setting (although I used to use an academic diary when working in an educational environment).  My current system of three notebooks - a bullet journal, a diary, a book of lists - is the perfect combination for me.

Now... as mentioned, I bought a Travellers Notebook cover and played around with the set-up of it (you can see that in this video) and I'm loving using it however I have fallen in love with the Pocket size of notebooks and these are slightly too big for this cover.  So, you know what happens next don't you? Yes, I created a wishlist of Field Notes and Word.Notebooks to try out, managed to get my hands on two sets of them, ordered a new, custom-made cover and I'm now trying to fill my current notebooks so that I can move onto the next and the next and the next...

So, tell me.  How do YOU choose a notebook?