You've Lost That Running Feeling : The Spring Run Down

May 16, 2019
I was writing monthly running updates for a while and have been documenting this year's attempt at 1000k-in-a-year on Instagram but things started to fall apart at the seams and I was struggling to find the words (other than an Instagram caption) to share positive updates. I've recently hit a new low with my arthritic knees but I'm on the way back up again so here's a quick recap and a look forward.

We all know that I use the word "race" loosely but it's what the organisers call it so we go with the flow.  It might be easier if I bullet point the next bit because there's been a few... (click the links to see my Instagram update and extra images) 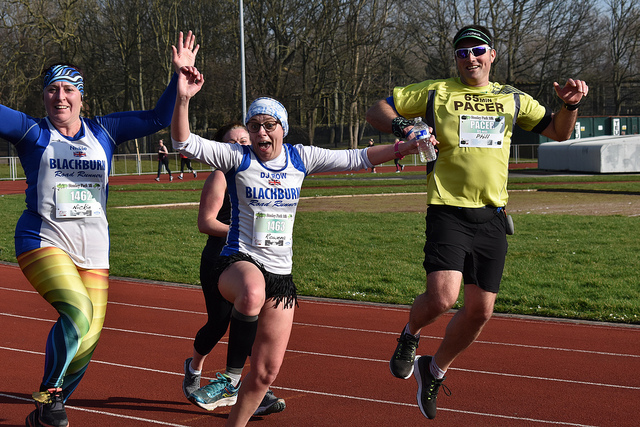 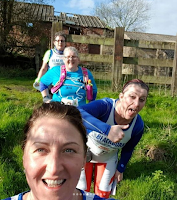 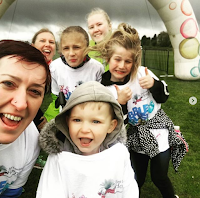 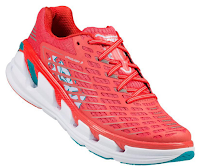 Hoka One One Vanquish 3.  I wouldn't normally wear brightly coloured trainers (they clash with my patterned leggings) but these were being offered by a fellow club member who let me try them on first and they fit like a glove.  They slip a bit at the back but that's been solved by using the very last lacing hole and a lacing technique to stop that from happening.  I'm also wondering if these new shoes are part of the solution to my continuing knee problems. 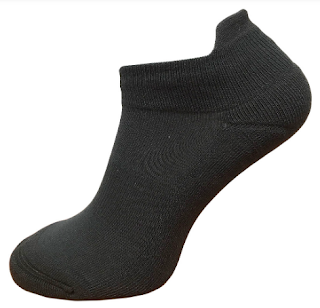 I'm lucky enough to have been selected to try out a couple of new ranges that Chaffree have produced.  You may remember me recommending their running underwear in my 'What To Wear' guide for new runners - I have three pairs of their long knickerbocker style undies because they are great under shorts, skorts and leggings but I also use them to evade VPL and chubb-rub when wearing summer dresses.  Anyway, I was sent a pair of their leggings and some running socks to try out.

The Chaffree socks are right up there as probably the best socks I've worn to run in - they are soft and stretchy, so very easy to put on, but they are also cushioned throughout which works really well with a good fitting shoe.  The Chaffree leggings are equally amazing and I've worn them both for running and for day-to-day wear.  You can read all the technical wizardry about the on them website but they are really comfy (and the high waisted cut is great), they don't ride up or down, are lightweight and I've found that they wash really well.  Again, more blurb on the Chaffree website with lots of different sizing options - Chaffree go up to a 2XL (size 22-24) too.

As an aside, my daughter bought me two pairs of More Mile running socks for my birthday and they are my second favourite after the Chaffree ones now... relegated after just 2 weeks!! She also bought me four new buffs to add too my collection so I can't wait to try those out soon. I've also been introduced to Tikiboo leggings.  I saw someone wearing a pair of Union Jack leggings, found out they had been discontinued (gggrrr), was directed to a "buy and sell" Facebook group specifically for this brand and within a couple of hours had become the lucky owner of a pair of said leggings and they are more awesome than you could ever imagine!

As mentioned, I've been floored by the flaring up of arthritis in my knees.  It was diagnosed about four years ago and I was advised not to run "long distance" so I knew I was risking a lot by continuing running.  But it's more than a hobby for me - it's my "me time" so I do as much as I can, when I can.  I know I need to take time out when the niggles start but this time I've researched and used natural remedies (turmeric and black pepper capsules), Kinesiology tape (KT tape) to strap and support my knee and understood the benefits of actual rest and recuperation. It's been hard work but over the last week I've started to see results by slowing my pace, staying on-road instead of trail running and basically just learning to be patient.  I want to run.  I need to run.  I have to listen to my body.

PS. I'm not even sorry about the title.  I had a complete blank until two seconds before I hit "publish" and then a flash of genius.