Jane Elliott Taught Me About Racism 38 Years Ago

June 17, 2020
When I was in primary school I had the best, most forward-thinking teacher I have ever met.  Even at a young age I knew he was 'different' and I mentioned him in a blog post ten years ago.  Everyone knew him as "Sir", he was firm but fair and had amazing vision when it came to teaching. Aside from his passion for learning through music and drama mentioned in my previous blog post, he decided to use Jane Elliott's 1968 'brown eyes / blue eyes' experiment to explain racism. This was in 1982 and I was ten years old.
He followed Ms Elliott's experiment to the letter and the results were exactly the same as Elliott's. Ironically, parent's were full of outrage at the segregation, complained and the school governors got involved but us students learnt valuable lessons. And you can tell that it resonated because I still remember those two days almost 40 years later. I remember how awful it felt to be separated from my friends and how guilty I felt at having specific privileges they couldn't experience. 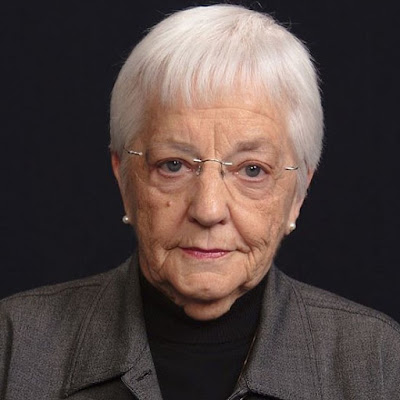 But why am I mentioning this now?  Well, Jane Elliott's name is now all over social media in light of the recent 'Black Lives Matter' movement because, at the age of 86 she is STILL a prominent anti-racism activist and diversity educator, however many people are saying that they have never heard of her. A quick search on YouTube shows interviews from across the past 25 or so years, until as recently as a couple of days ago, alongside demonstrations of the brown eyes/blue eyes experiment and the use of the world map to distort global power.
Look her up.  Introduce your children to her.  Educate yourselves together.  You won't regret it.