April 09, 2014
We play an icebreaker game on the course I run at work.  That one where you write a famous person's name on a post-it note and stick it to someone's forehead.  They then have five questions to try and guess who they are.  Because of the nature of our clientèle (aged 16-25 and NEET*) we try to pick people who are influential, are good role models and who are currently in the media. It's harder than you think to come up with a list of names that people in this age bracket recognise, respect and admire.

(*Not in Employment, Education or Training) 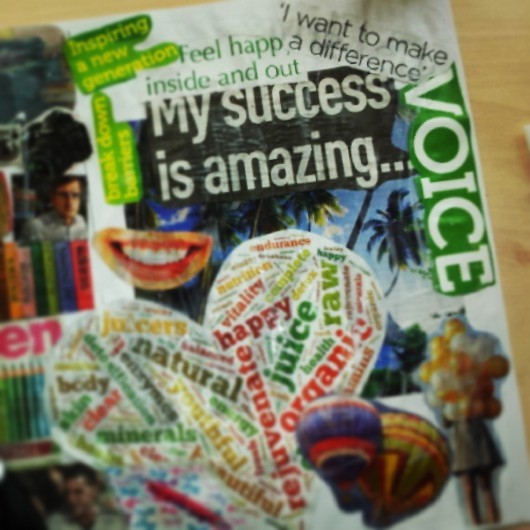 Today I was constructing a new example vision board for use on our course (it's another element to it) and I looked at some of the phrases that I'd picked out for my "Future Goals" section.  They were all calls to action such as:
It might sound a bit contrived but it's all about the law of attraction and seeing your thoughts in a tangible way. Even at this stage in my life I have ambition. The goals may not be the same as they once were and the people I look up to or aspire to be like are not famous but they are as important to me as they need to be and they make me try that little bit harder.

When I was a teenager, my ambition was to be in the RAF, I lived for athletics and dreamt about being everything from a Blue Peter presenter to an Olympic 100m sprinter. I adored pop stars but my had a real love of reading and very much wanted to be a writer at some stage.  My inspirational people of the era were Daley Thompson, Clive Sinclair, Matthew Smith, Madonna, Michael Jackson, Princess Diana and Erno Rubik. I asked people in my social media timeline who their teenagers admired and considered to be role models today and there were a diverse range of names and reasons mentioned: 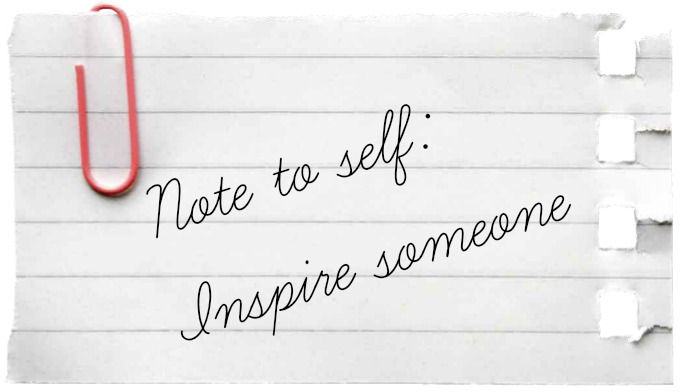 A varied group of people, wouldn't you agree? And very similar vein running through in comparison to the list of inspirational people from my own era. We have singers, politicians, engineers, actors, the new wave of digital celebrities and sports people.

I find it interesting that our younger generation also recognise that (in general) it is people who are older than them are the ones to aspire to; they've worked for their cause/fame/money. This also fits it completely with a survey run by the Inspiration Index but moreso with research conducted by vInspired which looks at how online interaction can be transposed into valuable real world actions.

Which brings me to a story in the i paper which recently caught my eye. It was based around the fact that our most successful Winter Paralympian ever, Jade Etherington, has huge debts.  And the reason? Because of the lack of funding available to the athletes that represent our country.  Have a read here - I'm sure you'll be as shocked as I was. Yet beamed into our living rooms each evening are programmes creating 'celebrities' through reality television, talent shows and fly-on-the-wall documentaries showing rich/poor extremes. Doesn't this just highlight everything wrong with the UK at the moment? How can we make it right again?

Who were your role models when growing up and how have they shaped your life? Does your child have a yearning to be (like) someone important in their life?