Cirque Du Hilarious - The 'must see' Show In Blackpool this summer 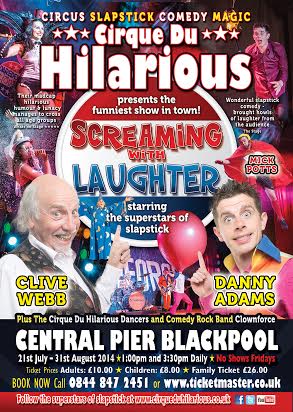 It's not often you can watch a show where every generation of the family breaks forth with uncontrollable belly-laughs and has a great time. However, this is exactly what happens at Cirque Du Hilarious.

Cirque Du Hilarious, father and son duo, Clive Webb and Danny Adams, along with their small-but-perfectly-formed cast (including two of Clive's other sons, Mick Potts and Jonny Marx) pack in groan-worthy jokes, slapstick comedy that makes you laugh so much your cheeks hurt, magic acts, song, dance and audience participation in their hour and a half show in a very engaging and intimate cabaret-style atmosphere.

We attended as a family of four (two adults and two children aged 5 and 4) and it was great to see a few jokes included for the adults but the rest of the show being very family orientated.  There is a very loose show storyline about wolves living under the pier but this type of show doesn't need a storyline as you get carried along with the humour and on-stage action.

Danny Adams is the ultimate clown and performs slapstick entertainment very well with Clive Webb (and if Clive is ever getting rid of his Union Jack suit then I want first refusal on it). The show is slick and even when there are mistakes, the twinkle in Danny's eye make you wonder if it really was a mistake or whether he's just a really, really good showman.

If you want a reasonably priced afternoons entertainment in a great Northern venue then you really must go and see Cirque Du Hilarious. 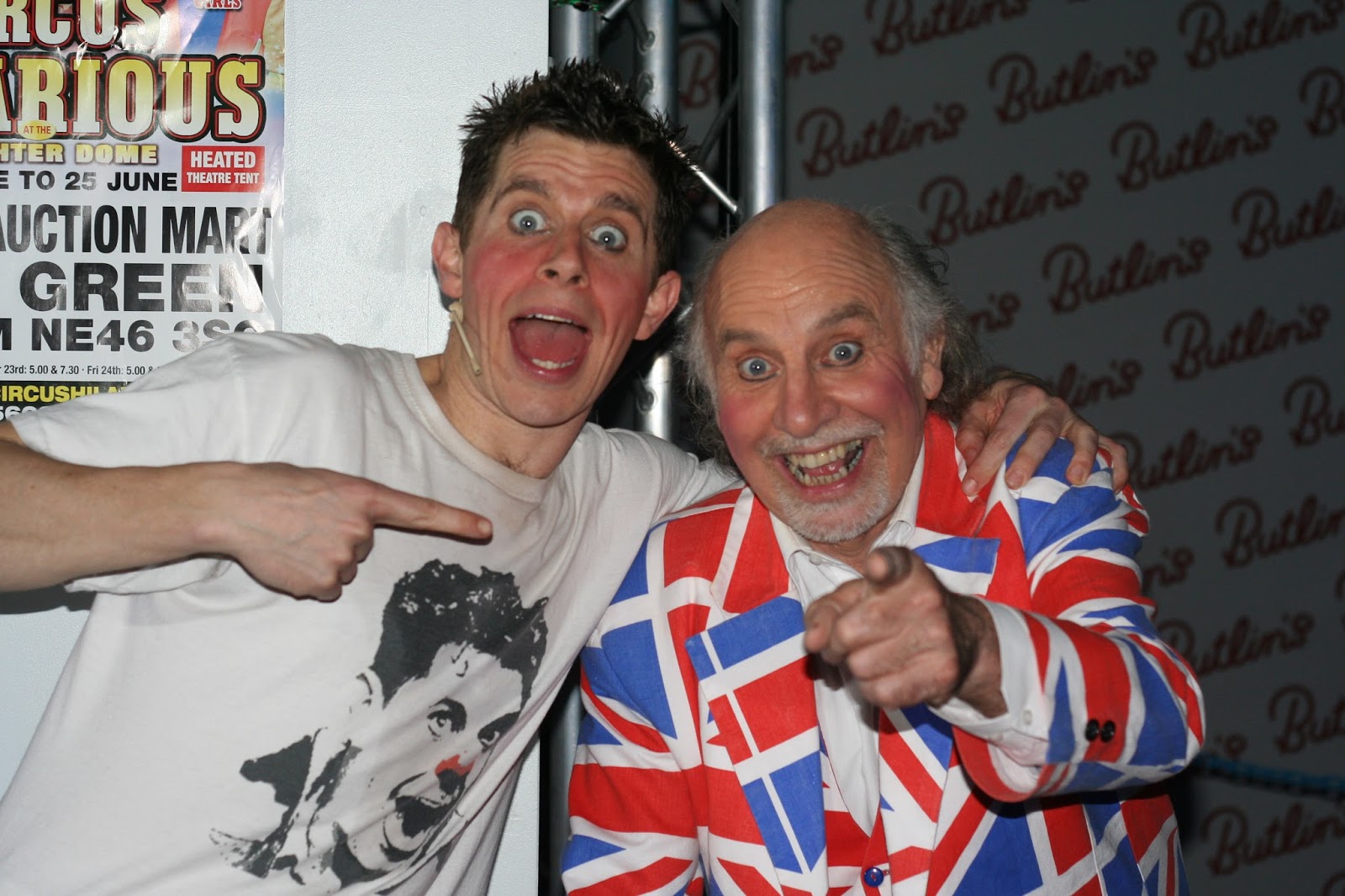 Tickets: Tickets are available via Ticketmaster or at Central Pier Box Office and are priced at £10 per adult and £8 per child or there is a family ticket (2 x adult, 2 x children) available for £26. The show runs until 31st August (please check show times).

Top Tip:  The seating at the Central Pier showbar is unreserved so get to the door early (doors open half an hour before the show starts) and take your pick of the cabaret-style seating where each table seats four people. Also, try to sit facing the stage as you get a much better view. We sat stage right and missed a few visual jokes because the cast were facing front.

We were provided with a family ticket for the purpose of this review. For more details please see my disclosure policy.
blackpool entertainment family theatre