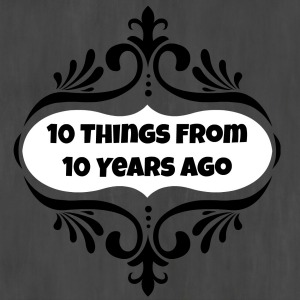 I loves me a bit of nostalgia. I'm especially attached to the 1980's because they were mainly my defining years but each time I create one of these "x things from x years ago" posts* I'm reminded of how quickly life passes us by.

Last night's Friday Twiz theme was 10 Things From 10 Years ago and even when the year 2005 doesn't seem like such a long time ago, whilst researching the questions I was really surprised at which news and music events I'd forgotten about.

So... here are ten things that happened ten years ago - 2005 was a fairly unforgettable year!

3.  YouTube was founded by three former Paypal employees - Steve Chen, Chad Hurley and Jawed Karim - after they had found difficulty sharing videos online and finding video clips of current news events (namely one of Janet Jackson's nipples which just happened to make an appearance at the 2004 Super Bowl).

4.  London was awarded the responsibility of hosting the 2012 Summer Olympics by the International Olympic Committee. 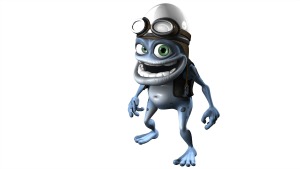 6.  George W Bush started his second term as 43rd President of the USA?

8.  On the 7th July (herein after known as 7/7) a terror attack rocked the whole of the London transport network killing 52 and injuring over 700 people. 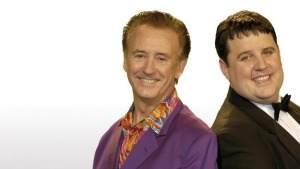 9.  Peter Kay and Tony Christie recorded ‘Show Me The Way To Amarillo’ in 2005 to raise money for Comic Relief and spawed a deluge of copycat videos.

10.  HRH Prince Charles married Camilla Parker Bowles in a civil ceremony which took place at the Guildhall in Windsor. Camilla was then given her title, Duchess of Cornwall.

[contemplates whether to insert *that* Ferris Bueller quote here...]