I was 18 years old and sat on a wall outside my friends house. It was Club Day and we had just walked back from the field in the village after a wander round the fairground, watching the kids races and cheering friends on in the greasy pole pillow fights. My friend went into the house to make two coffees before a stroll back to watch the adult sports - a bit of a laugh and lots of community spirit, plus I was due to run in the Ladies 100 meters at 6.15pm which wasn't community spirited at all - it was so that I could beat my old school PE teacher who also lived in the village.

My friend brought the coffees out into the garden and spied a group of lads walking up the road towards the fair. She nudged me and whispered, "That's the bloke from the pub last night," meaning an out-of-towner that had tried to chat me up whilst I was working my shift at one of the village watering holes. I'd explained to him that I was working for most of the weekend but he was welcome to come to a party on the Saturday night if he was free. We had arranged to meet up at the pub during my evening shift and move on down to the party afterwards.

I looked at the group walking towards us and was a little unsure if it was the same person. It turned out it was (I should have put my contact lenses in!). He moved towards me, asked if it was still OK to meet up later and we arranged a proper time. I managed to reaffirm his name too...

The group of lads were walking from the pub down to the fairground. There was talk of a beer tent, fairground rides, daft games and a chance to waste some time before the pub and party later that evening. In the distance, two girls were sat on a garden wall, sipping coffee, laughing and chatting. One of the lads nudged the other and declared, "That's the girl from the pub last night!" There was some discussion about how it couldn't be as she had said she would be busy all day and working at night and that is why they had arranged to meet during her shift at the pub.

As the group got closer to the two girls, it became obvious that it was the same girl so they sat on the wall and had a chat about meeting up later, whether any bottles needed to be bought for the party and the lads went on their way.

He turned up
She was working
They went to the party
You can have a guess at what happened next...

I originally posted this on 16th June 2010 under the title "S/He".  It was refreshed and republished on the 25th anniversary of this auspicious "date" and again today We are married (you can read more about the wedding if you want to) and will be celebrating our Silver Wedding Anniversary in just over three weeks. We have three children and three grandchildren.

We have lived a less-than-conventional life and I believe we have crammed more into these twenty-seven years than was necessary. The journey has not been planned and we have taken many wrong turnings.  I am convinced that it has made us who and what we are today as a couple and a family.

We have each other. We are one. 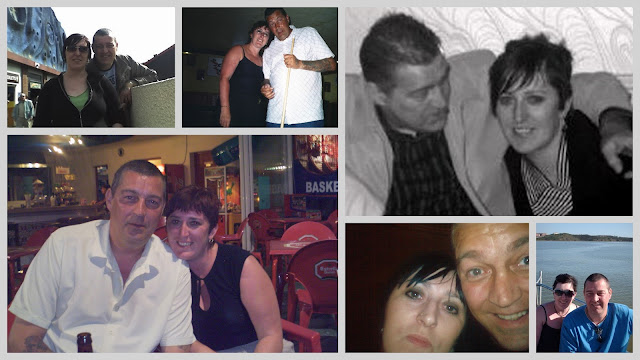