...and I fit into both categories (sort of)


There are people who create content and people who watch content. Some do both.  And in this world where social media is accessible to almost everyone, anyone with a camera on their phone can become an 'overnight YouTube success'. This means that almost every other article I see promoted is all about how to grow your YouTube channel or how to be successful on YouTube - and not one article has anything new to tell me - it's all about subs and reviews and collabs and daily vlogging and having a theme and scheduling.  So my previous blog post was all about how not to win at YouTube but I wanted to expand further on my thoughts. 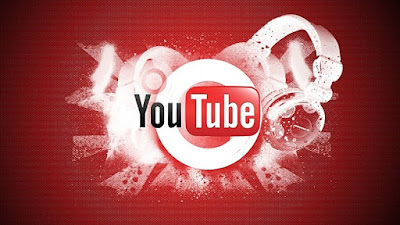 The first video ever to have been uploaded to YouTube was called 'Me at the zoo' and was from one of the co-founders of the platform. It was uploaded on 23rd April 2005 - a mere 69 days after YouTube was officially created (yes, YouTube is only 11 years old).  I uploaded my first video not long after on 24th February 2007, it's just slightly longer than an Instagram video and is essentially a vlog from my (then) 8-year old son talking me through a Lego boat he had created.

But the truth is, hindsight is a wonderful thing and sometimes I wish I had run with the idea of vlogging back then - even alongside writing this blog. I was already uploading little videos just so I had somewhere to keep them as I am notorious for corrupting digital files. On my first channel there are oddities that are only relevant to my family and one video that I filmed as a joke review. The account is now locked after a lost password and a deleted email account but at least I can still watch those memories.

As you may have guessed, I'm fascinated with the growth of video content online, who is creating it, how they are creating it, who is watching it and how much money is generated through a variety of methods of monetization. A lot of my interest comes from my obsession of people-watching and social engagement and wanting to crack that code. But is there a code to be cracked?

I feel that I don't have a face that fits and I don't have the necessary equipment to make high quality videos. Or maybe I'm not communicating my ideas effectively. Or I'm just not connecting with a potential audience properly.  Or is it just that I'm too old to ride this wave and I have to accept that I was born maybe 15 years too early? Whatever the reason, and however much time I put into my YouTube channel (to be fair, it's not a lot of time), I cannot make it 'grow' in line with the success rate that is being suggested in the abundance of previously mentioned 'How To...' articles.

The 'overnight successful vloggers' that are currently hitting the headlines have been uploading their content since the very beginning too - it's only now that we have more accessibility to online communication, and that our tween and teen generation are clued up on this thing called The Internet, that visual content is currently King. The vloggers that have millions of subscribers have been learning their 'craft' for a few years now and a rare few were using the right tools at the right times and have a face and personality that fits.

It is not, however, for everyone, and no matter how hard some people try, they cannot replicate the on-screen charisma that other content creators make look so easy. But everyone has a chance to try - and we all pray for that one viral video that will bring fame and fortune. In the meantime, I'll occasionally have a dabble and keep on watching the abundance of content that is uploaded day after day after day.