Things I Learnt In July

I thought July was a bit of a quiet month but when I looked back I realised that I'd been up to more than I thought.

My blog (in it's current format) has been in existence for 7 years.  In that time I've written 1269 blog posts (and then some, as I've deleted the odd one here and there) and have had almost 1.5 million visitors to the blog. It's nowhere near as much as many of my blogging peers but I'm pretty proud of my little corner of t'internet because:

Deep stuff... Do you have any favourites or is there a particular blog post that sticks out in your memory? I'd love to know about it.

If you start counting at one and spell out the numbers as you go, you won't use the letter "A" until you reach 1,000      *I see you trying random numbers in your head*

If you phone Specsavers they provide an option for their hearing aid provision before their glasses or contact lens department.

Every time I type .gov.uk (which is quite a lot in my job) I end up typing Gove. It's rather annoying and I'm convinced I've been brainwashed by the media over the past few months. 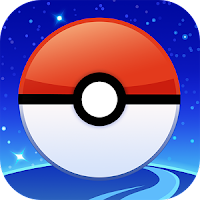 Pokemon Go is a bloody genius game. I've seen teenagers in my running group wanting to run a full 5k so they can hatch an egg or run past a few Pokestops, it's made me take the dog out for extra walks and it's completely changed the life of my friend's autistic teenage son (BBC News link - read/watch now).

I love crochet and I made a really cute little matinee jacket out of 12 granny squares after seeing an image in a crafting Facebook group. I'm going to write it up on my blog so you can have a go yourself. Leading on from this, I fancied returning to knitting so a friend provided a pattern book for me. Knitting is. so. slow. and I had to rip it back a few times but I think I've found my rhythm again now. 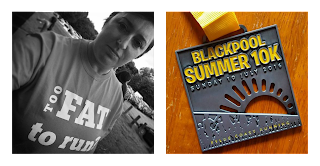 I've made more of a concerted effort to 'enjoy' running again. I'm still co-leading our community 'couch to 5k' running group - 5k Group Run - and I've thrown myself into the organisation of our Wednesday Social Run.  I also entered the Fylde Coast Runners Blackpool 10k which was Bloody Hard Work.  I hadn't run that distance at all since I ended up having to take time out between December and March and had only worked my way back up to 8k.  I had to walk a little bit between 7k and 8k on the day but I finished the course in around the time I was expecting.  Since then I've also participated in a virtual 5k which you can find out about on the Fat Girls Guide To Running website and, as it's a monthly commitment, I'm going to encourage one runner per month to join me in doing this

My video of the month is some drone footage. It was filmed during one of our Monday runs and shows runners of all abilities coming together to keep fit and motivated.  There's also a OH MY GOD, THAT'S ME blink and you miss me, I'm going that fast moment between 2m48s and 2m53s!

And finally, our running community lost one of it's members this week. Andrew was one of those guys who was passionate about inclusive running, always supporting the slower runners or pacing people to a specific time in a race. He died suddenly on Sunday 31st July after suffering a stroke on the Saturday morning on his way to joining one of our group runs. Two things have happened since then:

Organ donation is something that I'm totally passionate about for a variety of reasons and I urge everyone who is eligible to officially register as an organ and tissue donor so that you can help someone. Also, please let your nearest and dearest know of your wishes as it is ultimately them who make that decision for you at their most difficult and emotional time.

And that's it for another month. You'll be glad to know that I didn't bore you with details of my 24th wedding anniversary (we didn't do anything) because I'm saving all the words for next year when it is our Silver Wedding Anniversary.  Don't forget, I'd also love to hear what you've been up to or what you've learnt this month.