January 03, 2017
A tumultuous 2016 has not put Brits off spending big in 2017, according to credit score and report site ClearScore. 82% plan to splurge on ‘big ticket’ items next year, with holidays abroad topping the wish list for nearly half of UK adults (45%). “Staycations” follow close behind for 38% and high-end tech, such as MacBooks and SLR cameras will be snapped up by 20% of shoppers.

In an ideal world, 69% of Brits would prefer to save up to afford big purchases, such as jet-setting holidays next year. However, the average cost of a British family holiday is almost £5000 and nearly a third (30%) will use credit to foot the bill. 47% say they will use credit to fund at least one of their big ticket purchases in 2017; the most common reason being to spread the cost over a number of months. 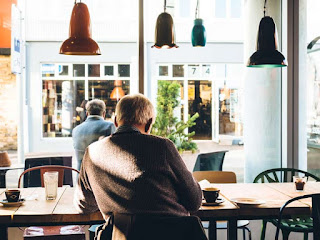 ClearScore found that credit cards and personal loans are the most popular forms of credit used to pay for big ticket purchases, accounting for 51% and 28% of purchases respectively. While holidays topped the list of popular big purchases, people were most likely to reach for their credit card if they were planning an home extension (56%) or buying a car (52%) in 2017. As many as five and a half million Brits (10%) have turned to pay day loans and the rent-to-own sector, which charge much higher interest rates than other forms of credit, to cover the cost of big ticket purchases in the past.
All consumers planning to make big purchases on credit could save significant amounts of money by improving their credit score. A top credit score could save an average Brit £20,452 over a lifetime on the interest repayments for credit card debt alone.

Justin Basini, founder and CEO of ClearScore, said, "When it comes to making expensive purchases; both luxuries and those things we just can’t do without, many of us turn to credit to help with the cost. That’s why it’s vital to manage and build your credit score so that you can get the best deal on your borrowing. Big ticket items cost enough, without saddling yourself with needlessly expensive interest repayments on top.”