Soundtrack To My Life : Now That's What I Call Music 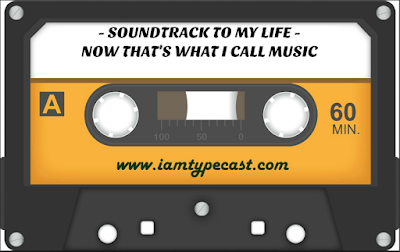 If my Soundtrack To My Life series was building up to anything, it was probably going to be this blog post.

The album compilation series, Now That's What I Call Music, has reached it's 100th release - a concept that started back in 1983 and one that I can honestly say "I was there at the beginning" because the first album was one of my Christmas presents that year.

It's interesting to hear how the Now! series was created (it was an idea from Virgin Records to showcase the best songs of the year. It turned into a collaboration with EMI - the first time two record labels had joined forces in this way). The series took it's name from a 1920's poster that advertised Danish bacon and the pig in the same advertisement became the iconic image of the album series for the first five issues, although it's probably only us old heads that remember it properly! 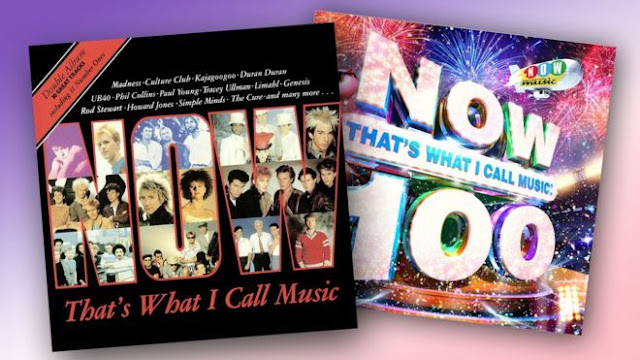 I loved receiving the latest Now! album for my birthday or Christmas, or even saving up my pocket money if there was a new release on the horizon. I had a mixture of vinyl and cassette and each double album was played over and over, with the song order learned off by heart so you knew exactly which song was coming next. This was a great way to access the top selling singles of the year in one place with a special mix on occasion - Now Christmas and Now Dance, for example. 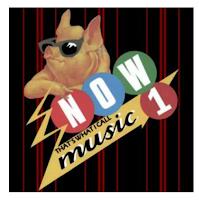 I heard a conversation on Radio 2 on the way home the other night - Simon Mayo mentioned that you could probably guess a person's age by the first Now! album that they bought - that's definitely true of me and also of all the comments on Kara's Facebook post earlier today. If you want to read how the Now! 100 album was pulled together then you should read this BBC article and you might also want to have a listen to Gary Davies' "Now That's What I Call Compilatons" radio show from a couple of weeks - at the time this blog post went live, it had two weeks left to run on the iPlayer. [side note : how can it be that Gary Davies has got better looking with age?]. But, if I'm being perfectly honest, I'm not sure what value the Now! albums have today because of the different ways in which we access music. You can easily make your own compilation album by creating playlists from downloaded individual songs on your iPod, the music app on your phone or Spotify (check out this one made by the guys at Popjustice which picks the best song from each of the 100 Now! albums).

A few years ago I wrote a blog post - Can I Get A Rewind? - which talked about the two carrier bags full of cassette tapes I found on the top of the kitchen cupboard. There was almost every Now That's What I Call Music album up to number 21 plus a whole load more such as the Hits! series and other compilation series' - I think I had so many because they always seemed to be the best value for money! I think what I'm trying to say is that whilst any Now! album was the soundtrack for that particular time, the early Now! albums were always a representation of my own Soundtrack To My Life, and looking back over those early editions brings back many memories. I just need a cassette player to play them all on!