Earlier this year I was asked to be an official blogger for The Snowman Tour, especially as the tour is coming to my home town and being presented in Blackburn Cathedral on 11th December.

Carrot Productions bring you the magic of the iconic film, The Snowman, with a full live orchestra and additional festive treats in a unique setting. It's a beautiful, fun introduction to the orchestra and a perfect pre-Christmas outing for all the family.

The show is in two halves - both around 35 minutes long - and aimed at children aged three and above. The first half will feature a wonderful Christmas overture followed by an animated film of the award winning book, The Bear and the Piano (written by David Litchfield and narrated by Joanna Lumley) which promises to enchant all ages. The second half of the show leads into the film itself with a surprise conductor during the Snowman Waltz.

The musicians are drawn from orchestras around the country including the Hallé, BBC Philharmonic, BBC Concert and BBC Scottish amongst others with players chosen for their musical skills and their fun, friendly nature. The orchestra is conducted by the BBC Symphony Orchestra's Steve Magee who is an expert in syncing music to film.

I don't want to share too many spoilers but I heard SO MANY great reports about this tour last year so I'm really excited to be taking the grandchildren this year. You can watch this sneak peek from two performances last year, one being at the Tower Ballroom in Blackpool. Just see how magical it all looks!!


As I mentioned above, The Snowman Tour arrives in Blackburn on 11th December and you can buy tickets here. You can also find all other tour dates from around the country here. It promises to be a feast of sights and sounds to thrill the whole family. See you there! 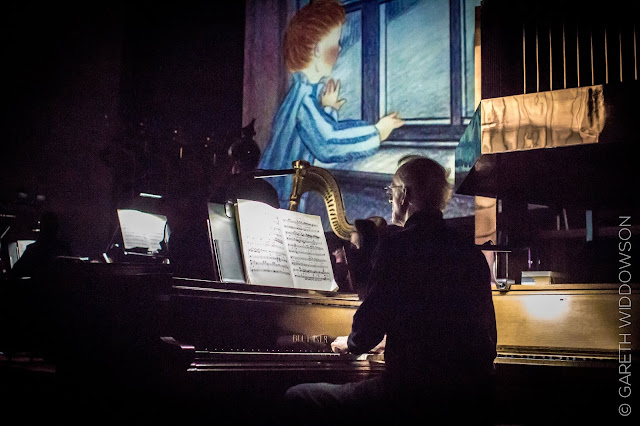