What If God Was One Of Us? 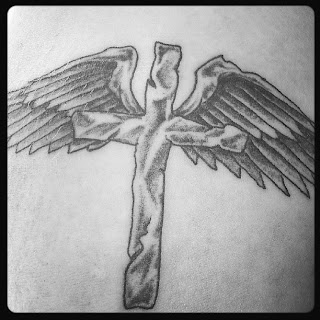 During my teenage years, I openly questioned my faith and the teachings of the Catholic Church.  I found it hard to take in the three ways in which my school taught about the 'beginning of the world'.  In physics we were told about The Big Bang, in biology we were taught about evolution and in religious studies we were taught about God creating man.  It's a lot for a teenager to take in.

But, in the words of the Joan Osbourne song, what if God (or Jesus) was actually here on Earth at the moment?  You know, like in the way that Morgan Freeman appears as the hobo at the end of Bruce Almighty or Chris Ecclestone in (the aptly named) The Second Coming?  If you saw today's This Morning with AJ Miller and Mary Luck who proclaim to be Jesus and Mary Magdalene there is a certain gentleness that draws you in and makes you question that if the belief was there 2000 years ago then why can't it be here now?  Of course I think it's just another cult or chancer but there are obviously plenty of people out there who believe (or want to believe).  For me it just puts more questions out there.

And, of course, this is the modern, digital world.  We all know what would happen as soon as the Second Coming was confirmed:

What can you add?  How do you think The Second Coming would be different?

As as aside, I'm going straight to Hell now, aren't I?