What Was The First Album You Bought? 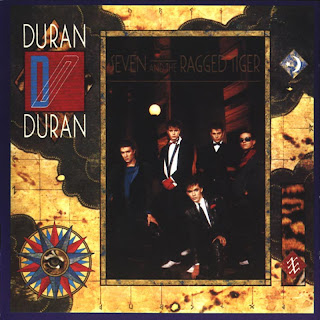 Thirty years ago this month I walked into Woolworth's and bought Seven and the Ragged Tiger by Duran Duran.

As mentioned in my "First Five Albums" post moving up to high school in 1983 meant that I felt a bit more grown up and the discovery of Duran Duran cemented that feeling.  So I saved up my pocket money, did some extra jobs around the house and asked Dad to drive me into town one Saturday.  This album was never off my portable record player in my bedroom and, when I was allowed, I played it on my parent's stereo in the front room, taped it (sshh, pirating at such an early age - who knew?) and did the stop-start-stop-start to write down the lyrics to the all the songs in my best handwriting.

It was the start of a musical love affair that still continues to this day.  But thirty years!! Where does the time go?

What was the first album you bought?