November 24, 2014
If you spend any time on Facebook at all you have probably seen the most recent 'tag' which asks you to share five of your 'good memory' photographs.  These are all fairly recent photographs (and isn't it hard to narrow it down to just five?) but they make me howl laughing when I see them because of the stories behind them.

After attending my first ever blogger conference, a few of us convened in the hotel lobby with some smuggled pre-purchased drinks, evaluating the day's events and catching up with each other. Our mini-party was spectacularly gate-crashed by this vertically-challenged, extremely inebriated dude who took a bit of a shine to Amanda. 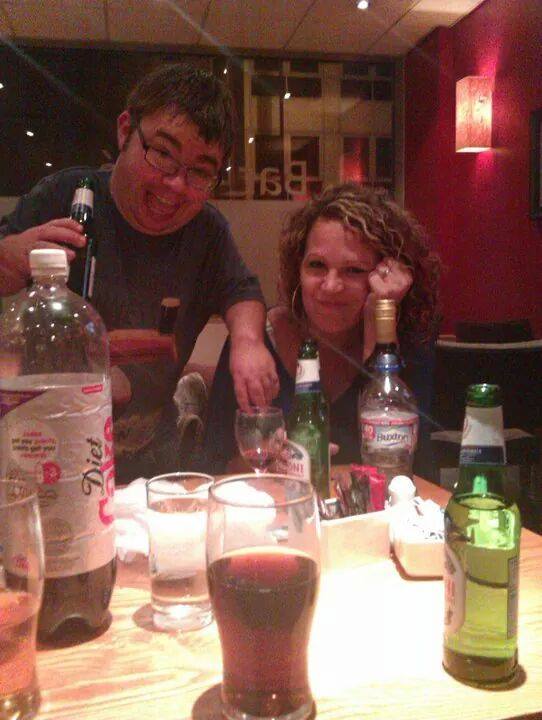 My favourite ever t-shirt worn at the aforementioned blogger conference.  Iconic or ironic? It also features heavily in this little mishap... 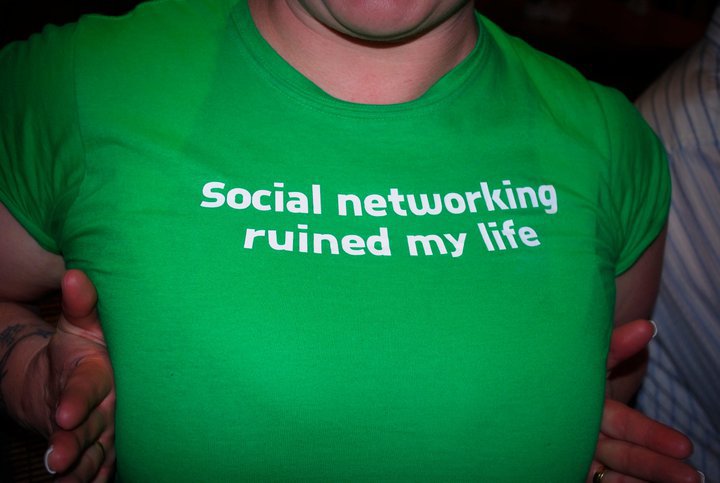 This stool resides in our lounge. When the dog was a puppy he used to curl up on it and more or less claimed it as his own. What he hadn't realised is that my eldest granddaughter had also done the same.  One Sunday afternoon, Amie sat on the stool, the dog attempted to sit next to her but she refused to move so he climbed on her knee and claimed his spot. 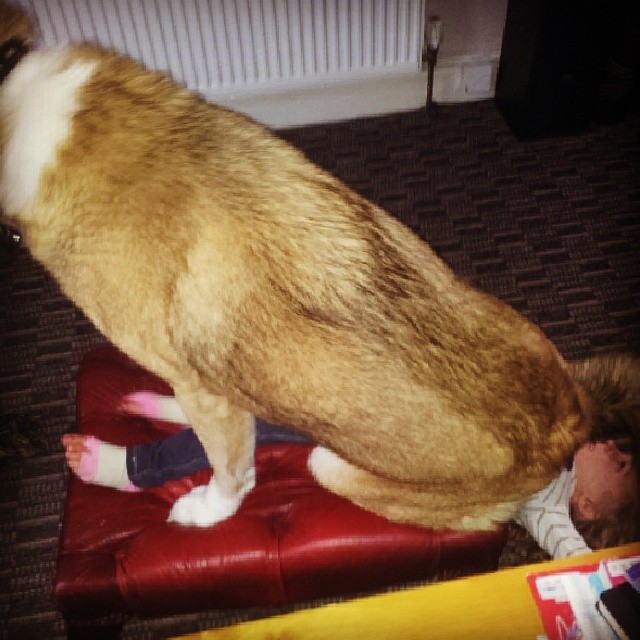 This proud moment was just after my son's passing out parade at Prince William of Gloucester Barracks, Grantham. I forget how tall he is until I see this photgraph of us together where I look like I'm stood in a hole. I'm a pretty average 5'6" and he's 6'8". 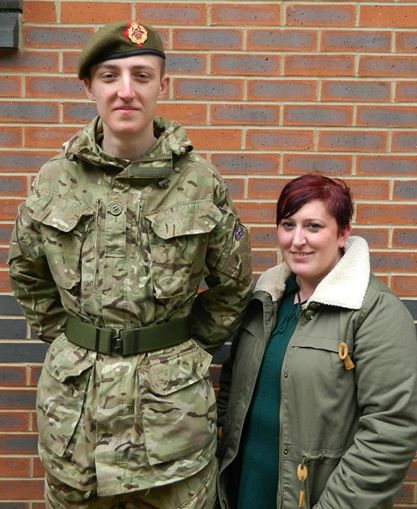 The final picture is one I took at Madame Tussaud's in Blackpool in 2011. I'd asked the three men in my life to line up against this wall to emulate the 'Usual Suspects' promotional image. Whilst I was getting the camera ready they all grabbed a caption and held it up just before I hit the shutter.  I could hardly stop shaking through laughing because each of the signs was a perfect description of each of them (and still is). 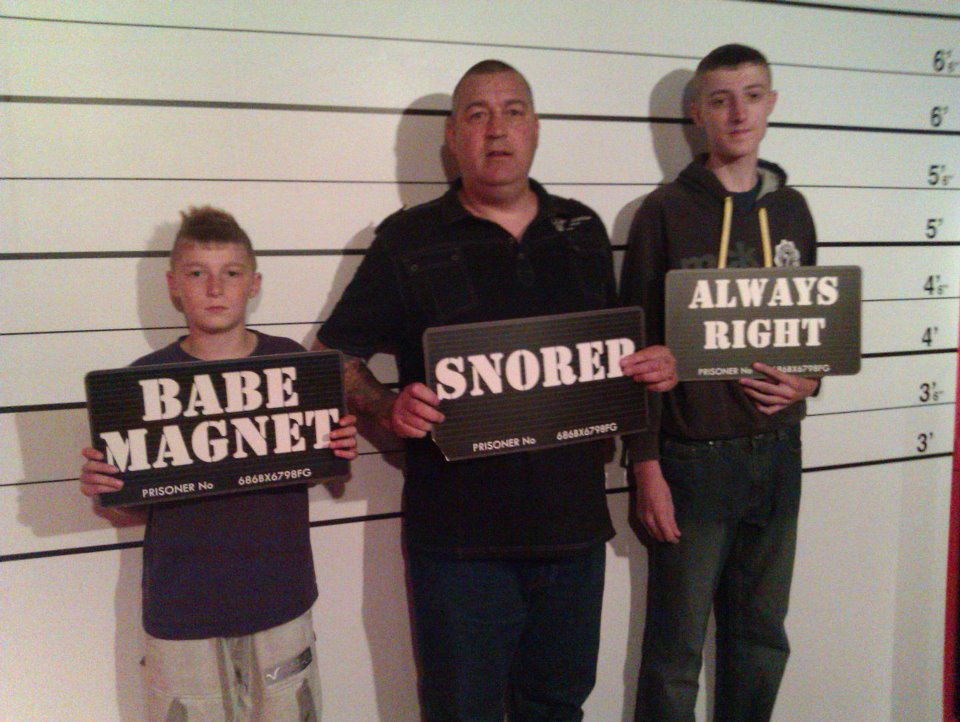