Running Up That Hill...

June 18, 2015
Twenty-seven years ago I had an accident that changed my life. I went from being a champion sprinter to not being able to run at all. Subconsciously, I think running is the part of me that was missing but it's only now that I realise this.

Last June was a time of change. Exactly one year ago this Saturday I joined the Blackburn 5K Group Run 'Couch to 5K' programme to try and change a number of things; my sense of well-being, my mental attitude, the direction of the rut I was dragging myself through and, of course, my level of fitness. Dear reader, I know you are probably bored to tears of reading about my running journey by now but this year in my life has been a game-changer. I have gone from being a total couch potato to someone who now can't wait to pull on a pair of trainers and run three times a week! There's so much more to it that this but I you know as well as I do that I can waffle on about this for ages. Anyway... 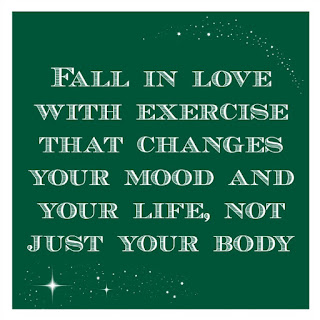 There are two running (ha!) jokes within the group and you learn them fairly early on. One is "run like you stole something" when you get your final burst of adrenalin during your first 5K run. The second is the immortal words "Buncer Lane". Now, anyone from Blackburn (or the surrounding area) will know that Buncer Lane is one of the steepest hills round here. In fact, if you're a bit of nerd, like me, you'll find this little weblink VERY interesting as it shows statistics about the distance and the gradient... but I digress.  All you need to know at this stage is that it's a BLOODY HUGE HILL!

During the 9-week 'couch to 5K' programme, we jokingly tell all the new runners that "one day, we'll take them up Buncer Lane" but, of course, it never happens. However, since my own stamina and speed has improved over the past couple of months, I've been looking at the incline and wondering if I could actually run it.

So tonight I did.
Almost.  (I had to walk the final 20 meters or so)
And then I ran back down again.

I did it with the support of a few other runners who have completed the same running programme as I have. We decided to challenge ourselves in a one-time-only effort just so we could say "WE DID IT!". I almost puked at the top and I had a little cry whilst pretending to lean against a wall getting my breath back because this time last year I would never have thought that possible.

But I did it.
And I never ever want to do it again.
Well, not for a while, anyway.

My running friends are awesome. After I completed my C25K programme last year I offered to volunteer to support others doing the same programme and some how ended up as a group leader, with a Whistle Of Power (trust me - it helps with crowd control - it's not ego related at all *ahem*). It was my way of giving back to a programme that's helped me so much. Everyone completes the programme for a different reason - it could be to progress to further distance running, maybe for health reasons, possibly just to get out and do something different. But, for whatever reason that is, I always end up with a bloody fantastic group of runners who just gel. And it is them, and their humour, and their support and encouragement that got me up that bloody hill.

Onwards... and upwards... maybe just not up Buncer Lane again.