Things I Learnt In May

Getting a notebook/diary system set up to your exact requirements when you are a stationery aficionado is Very Difficult. 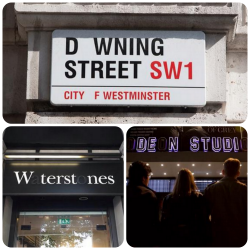 If you connect Shazam to Spotify it automatically creates a playlist of all your Shazam'd songs.

There is a campaign happening, right now, across the UK called #MissingType and it's the most GENIUS thing I have seen in a long time. Blood donations were a big part of saving my daughter's life so I'm disappointed in myself for not picking up on this campaign earlier.

The kindness of some people never ceases to take my breath away. Sometimes it's the smallest things that make a difference.

I both love and hate running in equal measure but I get renewed joy from it when I achieve another personal best.


Attending a new dance and core fitness class is SOOOOO much fun, especially when it's held on the park with approximately 50 other participants and even in the howling wind with the threat of rain.

After said new fitness/dance class it is not advisable to gloat that you don't feel achy or sore as the lactic acid build-up (or is it DOMS?) can take up to 36 hours to kick in.  Either way... OUCH! 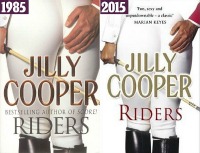 Judy Blume never stopped being fabulous, as this interview proves. Also, her Twitter bio is beyond awesome...

People are playing a game of 'spot the difference' with the new, less racy cover of Jilly Cooper's 30th anniversary edition of Riders.  Bigger arse, hand moved away to the right slightly..,


Jason Statham used to dive and he represented England at the Commonwealth Games in 1990 (spoiler alert: he's no Tom Daley)

If you friend-request members of Five Star on Facebook they accept you (two down, three to go).

After all the talk about Ferris Bueller having his actual day off on June 5th (pinpointed because of the baseball game they attended) I only noticed that the stance adopted by Ferris, Sloane and Cameron in the museum was them copying the man just to the left of them!

The "Truth Or Drink" series by Cut Video is the best thing I've watched all week!

What have you learnt this week. Let me know.