Things I Learnt In February

It's been a short but eventful month so let's see what I've learnt in February... 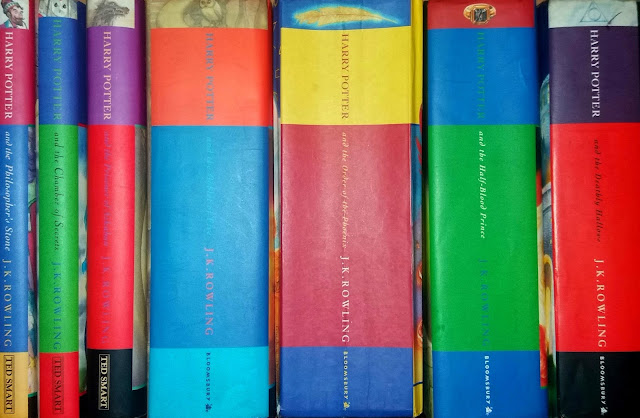 If you mention that you have a few of your Harry Potter books are first editions, you get at least eighteen friends sending you links they have found that detail which copies are worth more than others. All very useful, and they were possibly hoping to be named as 'that friend who helped me find my fortune' although I think my copies are definitely not worth the $55,000 that some may be - possibly just £55 when all added together.  I might go and get them valued though.  What do you think?

The numbers on a telephone pad and the numbers on a computer keypad are opposite ways round and no-one seems to know why. I asked about it on my social media channels and there was not one definitive answer. If you have any theories then I'd love to know.

Bloggers are a valuable comodity but people will still try to take the piss out of them by under-valuing them and attempting to under-pay them so I had a huge rant about it where I compared the price of space on my blog with the price of a loaf of bread. It's probably the best analogy I've ever written and didn't want it wasting on an email that only one person would see so I blogged about it too.

The 'First 20 Words Of Predictable Text' game is very very popular. Basically, you start to write a comment on (say) Facebook but only tap the middle button. I shared an image with instructions on my Facebook page and it's still going strong! Some are quite poetic however my two were "@ @ @ 5am I'm having a good place, bonkef a bit duggrref I'm not sure I have hiccups" which was quite random and "@ 5k but i do it myself for the kettlebell to be appearing on the details" which is bizarre as I've never used the word "kettlebell" on my phone or on social media until that exact moment. There were a lot of similar ones but they were all iPhone users so there's some sort of freaky control shit at large there!

An MRI scan last a fair bit longer than I thought and wasn't as noisy as anticipated. I also couldn't see much because they made me take my glasses off. I'm still not sure why because it was my knee that they were scanning...

My running family is still awesome. I've struggled with my running funk and injury over the past three months or so but I rejoined my local community Couch To 5K group and ran my first full 5K since last year thanks to two of my running buddies who, on the day, encouraged me to keep running when I was ready to give up. I'm still not sure what the future holds for me with my running journey because I really miss the guys I normally run with and I have no idea where I belong any more. It's a bit of a limbo period. 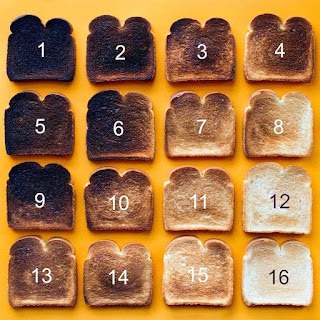 This toast chart is dividing my friends even more than "the dress" or "the jacket".  I'm a definite 8 or 15 kinda girl.  What are you? There was also a theory that the dial on your toaster signifies the minutes that the toast cooks for. It's been debunked because... science.

Stationery Lovers has become a collaboration. I have joined forces with two great stationery nerds - Kirsty and Kara - and we are creating video content three times a week on our respective YouTube channels with a community building nicely on Facebook and Twitter. We have a theme each week and we're always grateful for any interaction and, of course, any theme suggestions.

A cat followed me on Instagram. It has made me question how much spare time other people actually have.

Here is my video of the month. It made me laugh like a drain and I'm placing the blame firmly on the guy jumping up and down on the left...

Fourteen elderly people on a seesaw. What could possibly go wrong?

Now it's your turn. Tell me what you learnt this month.