What's in store for the UK Property Market in 2016 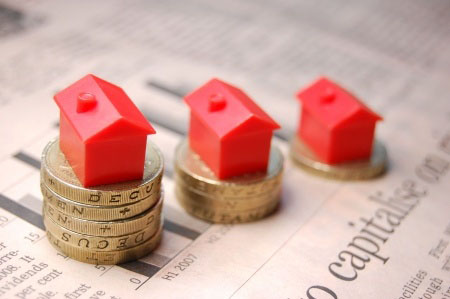 While most of us are only interested in whether house prices will go up or down, it appears that the UK property market will have several other issues to contend with in 2016.

The recent budget introduced several factors which will impact the property market, particularly for second-home buyers and buy-to-let landlords. However, despite the fact that the country is suffering a major housing crisis, in terms of supply, the budget had nothing to address this shortage, or anything that gave hope that house price inflation would be brought down to a more manageable level.

So let's take a look at what we predict will happen to the UK property market in 2016.

A rush to buy buy-to-let properties before the deadline

Following the announcement that stamp duty is set to rise in the new financial year, some people may have rushed to make a purchase prior to the higher stamp duty rates taking effect. Although this will have led to a temporary rise in property prices, they'll probably fall back down again over the next few months as the demand for properties goes down. However, due to the Open Property Group’s house buying process, there's always an easy way to ensure that you get the best prices when selling your property.

Encouraging first-time buyers back to the market

House prices and sales have been given a boost by the government's Help-to-Buy scheme, and the announcement that there will be a new ISA for people under 40, where the Government will top up funds by 25% as an incentive to get people to save for a deposit, will see more young people being able to buy their first property.

A potential rise in mortgage rates

Almost seven years have passed since the Bank of England cut interest rates to a record low of 0.5%. Since then, despite yearly predictions that interest rates will rise, they've remained low. However, now that the US central bank has increased its interest rates, are we set to follow suit? Independent economists think that the time has come to increase rates, although they're likely to only go up by a maximum of 0.5%. However, any rise in interest rates will have implications for mortgage holders, whether they've got an existing mortgage or are just about to enter the property market.

The announcement that stamp-duty rates are set to rise by 3% means that there's likely to be hard times ahead for landlords, particularly as this will be combined with changes to some of the tax privileges that buy-to-let landlords have enjoyed thus far. Furthermore, the Bank of England are looking to limit overall lending to buy-to-let borrowers, a measure which is likely to be granted. While these changes are based on the premise that the rise in the number of private landlords is one of the reasons for the difficulties faced by first-time buyers in getting on the property ladder, this is going to hit renters hard as landlords simply raise their rents to cover their extra outgoings. This in turn will have an effect on the renters' ability to save money for a deposit to buy their own home.