Unfolding The Complexities Of #Meningitis

November 17, 2011
What do you think the main symptom of meningitis is?  The rash?
Have a look at this video then keep reading to see if you are right! 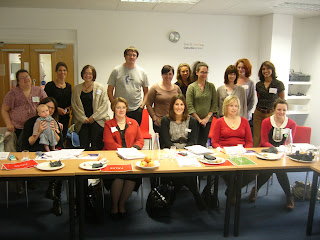 I now know that the rash is just ONE of the POSSIBLE symptoms of meningitis and is more than likely the LAST symptom to present itself but that's only because back in October I was part of a forum invited to help unfold the complexities of meningitis as a disease, which vaccinations are available for our children and to pass on this information to my readers in the hope that we all become a little more educated about the disease.  For me, it was an interesting day, especially as when my children were vaccinated there wasn't any meningitis vaccination available.

Prior to the meeting I asked my readers to fill in a survey and you can see the full results here.  81% of people who completed the survey said that meningitis was the disease they most fear their children catching (from those currently on the UK vaccination schedule) however 72% of respondents didn't know which strain (if any) of meningitis their child had been vaccinated against. 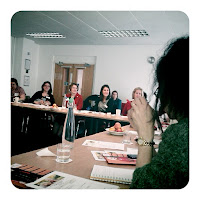 What we did discuss at the forum was what meningitis actually was, the symptoms, how you can catch meningitis and who is at risk.  I've made all the information available for you to download:

What is Meningitis? by Dr Rob Hicks
A jam-packed presentation including information about what meningitis is, the different types of meningitis, the symptoms, who is at risk and the long term effects of the illness.

Unfolding the complexities of Meningitis
Background information with sections on how meningitis can be treated and prevented.

Meningitis Myths and Truths
A question and answer session we took part in.

There is a fantastic symptoms checklist app you can download to your iPhone or Smartphone.  Ruth over at Geekmummy, nominated it her "App of the Week" on 11th November 2011 and you can read and watch her review in full on her blog.  If you don't have internet access on your phone you can print off the checklist from the Meningitis Trust website


But what I really want to share with you is a real experience.  I was put in touch with Tanya whose daughter, Elizabeth, was 13 months old when she fell ill with meningitis.

Elizabeth's journey through meningitis has featured in several magazines and papers after the Ambulance service asked if they could go public with the story after all the medical services pulled together so quickly and effectively.  You can read their story in full here.

What Tanya does say is that her unspoken vow to Elizabeth when she was born - the promise to fight like a tiger for her or stand in front of an express train to protect her - has left her feeling helpless as she didn't see that "train" coming.  She even went through The Checklist earlier that morning and Elizabeth was showing none of the obvious symptoms.   Tanya continues...


On the upside, once out of the coma, Elizabeth quite loved the morphine!  Once it kicked in she would lie there examining her hands in an amusing fashion.  I think in that situation, you take our humour where you can find it - but then, we were in shock.  I refused to take in what "minute by minute" meant - in fact, I even had to ask the family liaison sister in the PICU in Great Ormond Street if it was ok to cry.  I now realise it was shock, but I remember that I couldn't cry until waiting for her to come round after her first operation - the tears then came, and didn't stop.


During their two week stay at GOSH, medical personnel were passing comments such as "This is the worst case we've ever seen" or "We've had people in here have it nowhere near as badly and they didn't make it". Tanya also found out that Elizabeth had to be resuscitate and that the paramedics didn't expect her to survive the initial journey to hospital even though it was a blue-light 90mph dash that took just under three minutes (twelve minutes under normal circumstances).  Tanya added:

To be honest, I think I have been crying ever since!  When the shock wore off i said to my husband that we were very lucky.  He looked dubious, but then I said that Elizabeth was lucky to have survived how she did, and that six weeks in hospital then was done and dusted.  I pointed out to him that so many children get terrible illnesses that make them ill for months or sometimes years, and then they still don't win at the end.

Tanya contacted the Meningitis Research Foundation who put her in touch with a mother with a similar tale and she hopes that this bastard disease will one day be wiped off the face of the earth.  Also, when I thanked Tanya for sharing her story she said:

Sharing a story is nothing.  I would walk over hot coals to save anyone from this disease.  We are extremely lucky that our daughter survived but I never think of Elizabeth as a victim.  Always a survivor.

Please connect with these organisations on your social media networks and give them the support that is needed.  If you have any questions for them you can contact them direct or you can leave anonymous queries in the comments section here and I will ask their representatives to look in occasionally and reply.