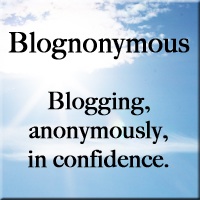 This post was submitted to me within the ethos of Blognonymous. The author is a friend who asked me if I would post this as a guest post but I think it's more appropriate as a Blognonymous post.


I would be great if you could offer feedback or advice from both sides of the fence very much in a WWYD (what would you do) sense.  If you prefer to remain anonymous yourself then there is a "guest comment" facility - sign out of Disqus (if you have used it before), write your comment, click "Post as..." and you will see "guest" appear as an option.

Today my 14-year old son (J) came home from school with a story.  First a little background.  He has a girlfriend (A), a sweet girl he's been friends with for quite a while but they've only been a couple for four months.  She's not his first girlfriend.  She's a year younger than him.  They spend quite a bit of time together, they go to the same school and hang about with the same group of friends.  I've know they were a couple from two hours after they started going out together.  We've met her mum, at her request.  But I know the girl really well - she's been around at ours a lot and is always quite chatty.

So, back to today.  J told me that school had rung A's mum and asked her if she was aware that she and J were an item.  They asked for her mum to come into school so that they could have a chat.  Which she did.  At this meeting, they suggested that A was put on contraceptives.  They spoke about teenage pregnancy.

Now I know I can't say for sure what was said at that meeting.  I can kind of understand why they would choose to contact parents when they become aware of a relationship as not all parents are like me.  I know A's mum was quite apprehensive when she first found out about the two of them, but J has now become a part of their family.  I know the school have the knowledge, the contacts and the advice to hand.

My issue is with the fact that they never contacted me.  To me, I felt like they considered my son a sexual predator.  That they should be making A and her mum aware of the "dangers".  They also enforced the stereotype that contraception is a woman's concern.  No mention was made to my son to protect himself against STDs or AIDS, nor the fact that preventing pregnancy was as much his job as hers.

I did sit my son down and have a "talk".  I stressed how important contraception was and the dangers of STDs.  I asked that he talk to someone (preferrably me, but anyone) before he make big decisions.

Is this commonplace in secondary schools now?  Am I overreacting?  As a mum of only boys, do I see the issue differently?  I'm at a loss as to what to do next.  Should I speak to A's mum?  Contact the school?  I was so angry initially, but now I think I just want some validation.
blognonymous contraceptive school sex sex education teenagers underage sex