Is it just me or was ITV Tonight's "Pop, Sex And Videotape" a total waste of half an hour?

December 13, 2013
As the parent of three children - one girl and two boys - and grandparent to two young girls (I know, I don't look old enough...) I was very interested in the ITV Tonight programme "Pop, Sex And Videotape" which promised to examine the amount of sexually suggestive imagery in modern pop videos.

Years ago I used to study pop videos and copy the dances, strutting my stuff in the lounge or my bedroom. I'm sure my mum was concerned that I was going to be pushing my crotch out suggestively and making wavy arm movements (see the Salt n Pepa 'Push It' video) much in the same way that I am concerned that my eldest granddaughter (who knows almost every single word to every single current pop song) is going to innocently attempt to emulate twerking. 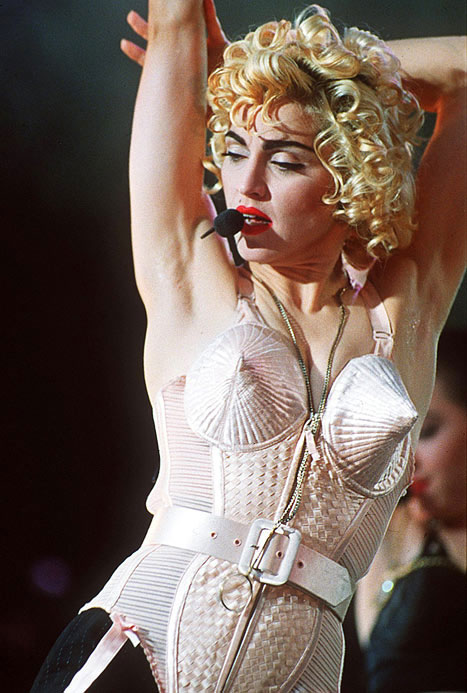 The programme started off on the right foot, comparing the exposure we have in the modern digital era to how pop on camera (or video) has evolved.  We had a comparison of Elvis' swiveling hips (very risqué at the time) and Madonna's pointy bra (some people were shocked to the core) to the explicit essence of today's 'viral' pop videos such as Robin Thicke's Blurred Lines and Miley Cyrus' Wrecking Ball.  We were promised viewpoints from concerned parents and their children who were at risk of influence.

One mum told us that her daughter comes home from school, turns on the music channels and is faced with a barrage of almost sexually explicit music videos and suggested that she can't police her viewing time all the time.  With this, I beg to differ.  Of course you can if you want to, however you choose not to because we all know that it's a pain in the arse and they are going to find the video online if they really want to see it because all their friends are talking about it.  Yet the handful of 14-year old girls that were interviewed expressed that they are not interested in the music video but rather the music.  In that case, just as Russell Brand mentioned in his now-famous Newsnight interview, (paraphrased) if we don't vote then there will have to be another form of decision-making created so, if we, as consumers, don't 'buy into' the pornographic nature by watching the videos on YouTube (as a collective) one billion times then would there be a reason to produce this type of visual entertainment?

I was very surprised to see that the valued opinions of the Yoof Of Today was represented only by a group of girls, accompanied by their mums (no boys, no dads) and tweeted my 'outrage' (yes, me... shocking...).

Disappointed that #itvtonight didn't interview any 14 year old boys for their research to see their perception of sex/porn in music vids
— Nickie (@nickie72) December 12, 2013

Most people watching agreed but if you click through to the full tweet, you'll see that one of the the ITV producers suggested that the boy's views were expressed later in the show.  Oh yes, the 14-year old boys appeared, but in a very closed question session where they were asked to express their opinion in front of their female peers in a room in their high school.  This situation was never going to garner a true representation of their opinions - not in the same way as if you had sat them in front of YouTube with even the non-explicit versions of the music videos playing. 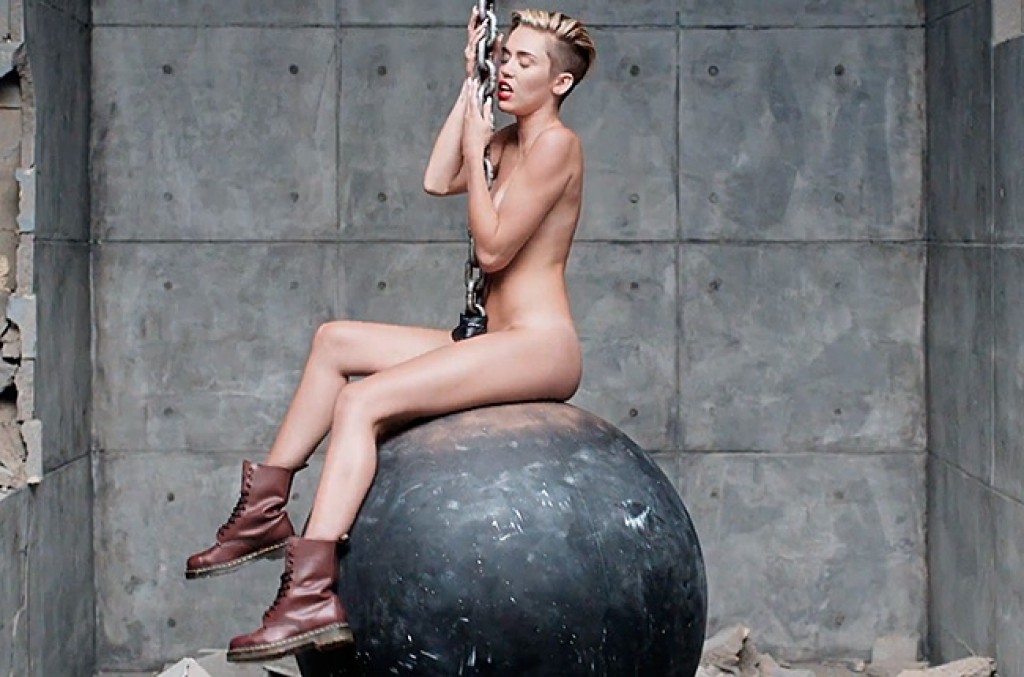 As I already mentioned, having parented my way through the 1990's and 2000's I have seen the evolution of the digital era and its accessibility in our homes and on mobile devices.  An opinion was mooted during the show that suggested some music videos are a portrayal of fantasy which viewers then attempt to recreate in reality, this then becomes the norm so the fantasy has to keep going one step further until there is nowhere else to go other than from the sublime to the ridiculous - or from the storytelling to the nakedness (see also my opinion on airbrushing).  The quality of the music is getting lost in the discussion surrounding the (in)appropriateness of accompanying videos. Wrecking Ball isn't a bad song - in fact, it's one of my favourites of the year - but when did licking a sledgehammer and stripping off constitute being part of the saleability of a song?  Even reclaiming sexuality or the appreciation of the naked form is lost because of the crude nature of its inclusion.

This programme should have taken the opportunity provided by a powerful media outlet and made itself more valuable.  A later viewing slot could have offered stronger sentiments (from more opinionated parents for a start) and a more daring producer could have provided a true representation of the views of teenagers of today.  It may not be considered appropriate to show them the videos that were under discussion but it is blatantly obvious that many teenagers have seen them.

Are these videos racking up millions of views because of clever marketing, i.e. making them viral, or is the consumer playing the music without watching the video?  Do you know what your children are watching away from your supervision?  Can they find the uncensored versions of each song or do you have the YouTube safe search switched to "ON"?  How do we effectively retain innocence without turning into prudes?

If seemingly sexually explicit pop videos are considered a normal progression of digital consumption, what is next?