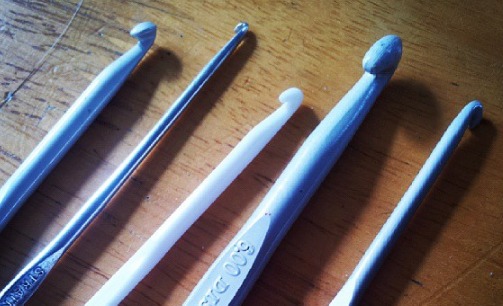 Back in October I was having a bit of a clear-out of all my crafting bits and pieces and found a few crochet hooks.  I'm not sure how I acquired them because I've never been able to crochet - it's the one craft that has always eluded me.  They might have been in the sewing box that I rescued from Mum's house after she died.

Crochet is becoming increasingly popular with lots of pop-up tutorial sessions, stitch and bitch classes and my IG/Twitter/Facebook feeds full of scrumptious pictures of projects that people had completed.  So knowing that I'm a kinesthetic learner I took to YouTube to try and teach myself.  I could do chains but then my rows back and forth ended up as unintentional triangles and I still didn't know how to do a square which everyone had said was easy peasy.  I felt as though I had failed miserably so returned to knitting.

When on a visit to my mother-in-law's house about five weeks ago I saw that she was crocheting some squares.  When I told her that I'd tried to crochet and seemed to be losing stitches she told me that she'd taught herself using a tutorial in a Mollie Makes crafting magazine I'd passed on to her.  She showed me what to do - which is when the penny dropped - returned the magazine to me and I went home to try again. 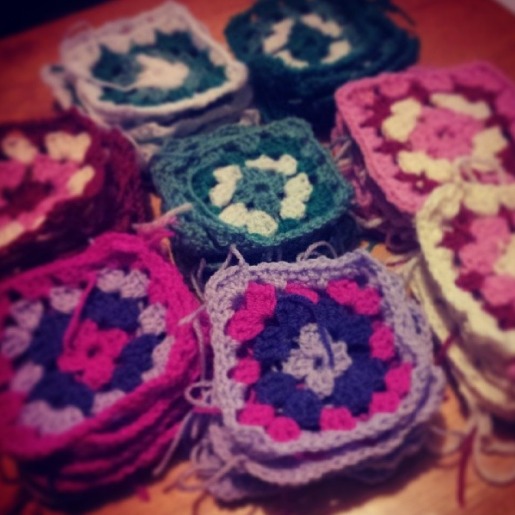 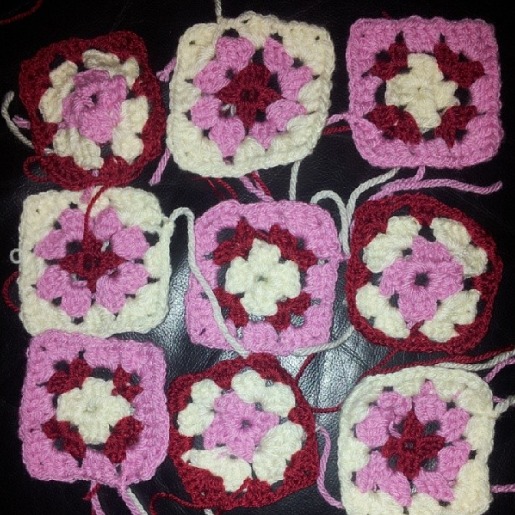 After a few more misses (plus some advice from my online buddies) I finally hit on what I actually should be doing and made a few "granny squares".

Totally bitten by the crochet bug, I carried on making multi-coloured squares until they were taking over the lounge and then decided that I should consider how to start attaching them to each other with the intention of making a blanket or a throw.  Back over on YouTube I found a tutorial from The Crochet Crowd which was really easy to follow so I attempted to layout my squares (all 99 of them) ready to stitch together. 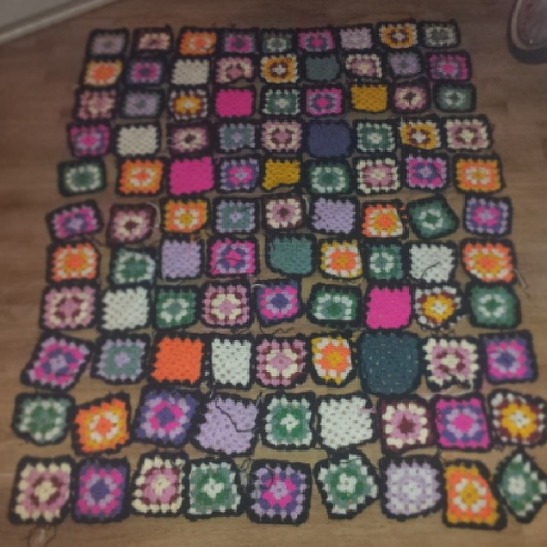 As you can see, I was really experimenting with colour (all the fabulously bright yarns are from The Simple Craft Shop which is is run by the same people as Play Merrily on Facebook) and because I didn't have a 'theme' I decided to go with "No Two Colours The Same Next To Each Other" which was more difficult that it looks when you haven't really counted properly however edging in black yarn really showed off the colour burst I was after.

So, after crocheting all the squares together, another row of edging around the outside and the affliction of Hooker's Finger (I'm not even sure that is a real thing but I've lost the feeling in the top of my ring finger on my right hand), here's the finished product. 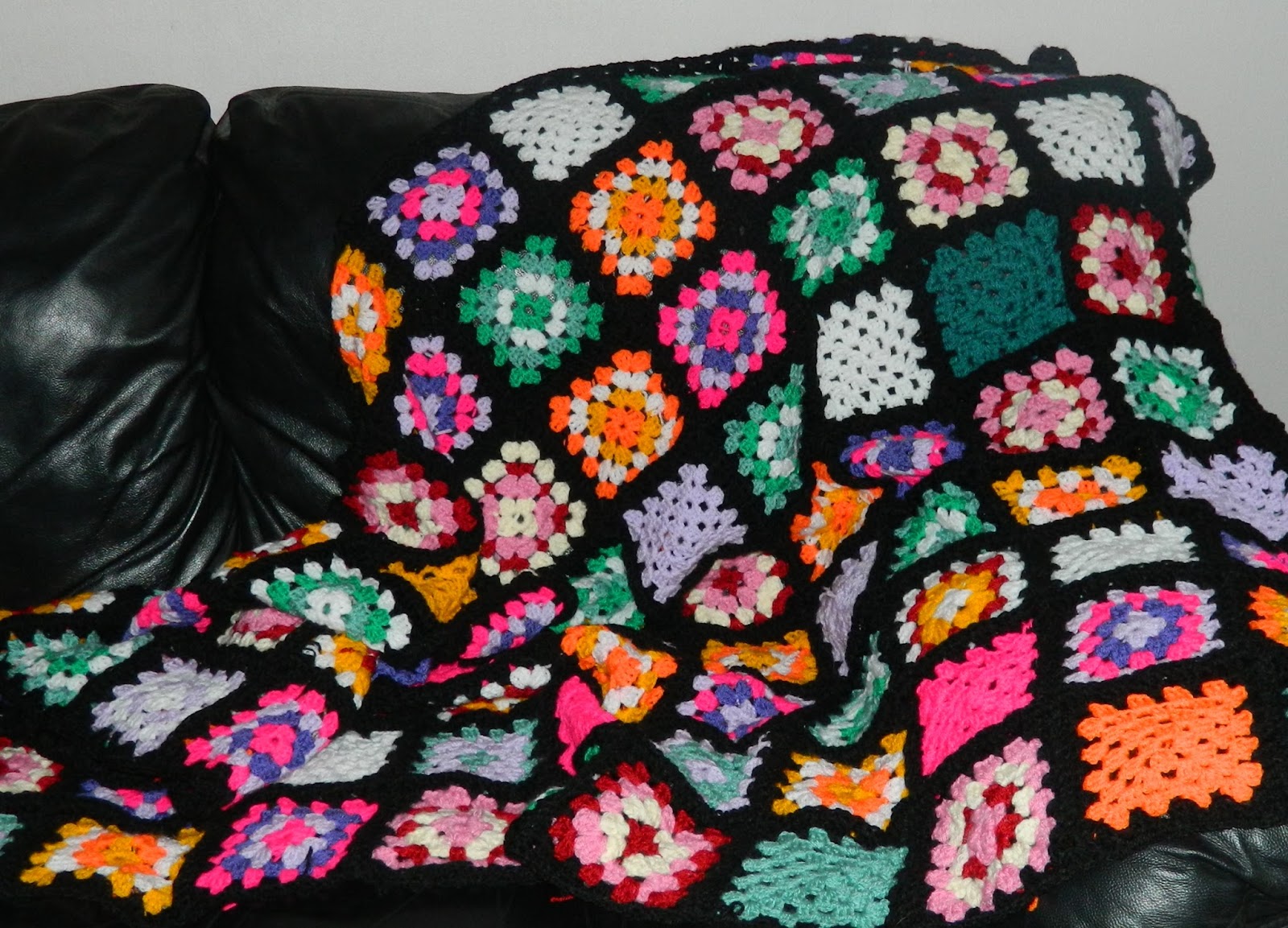 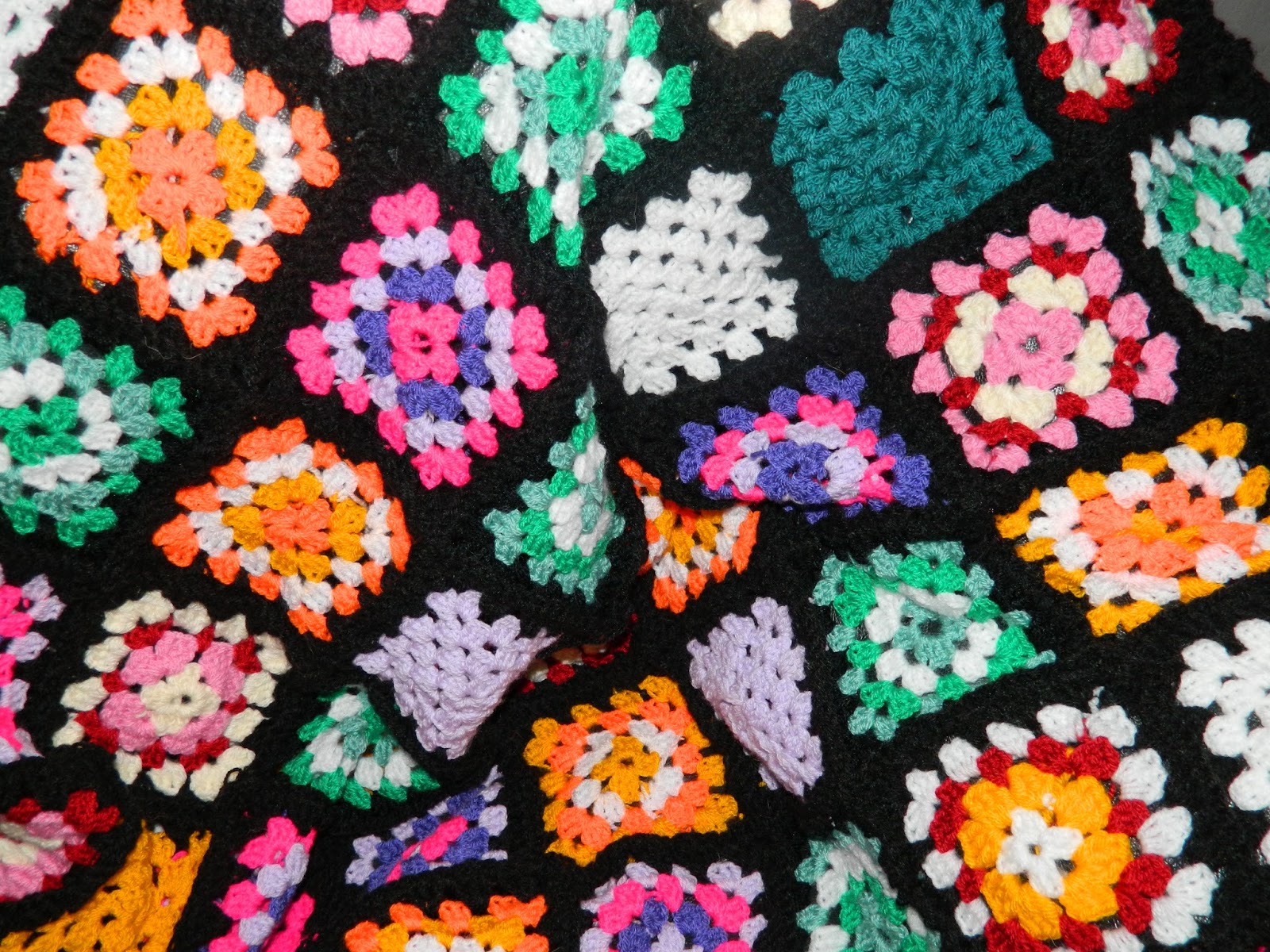 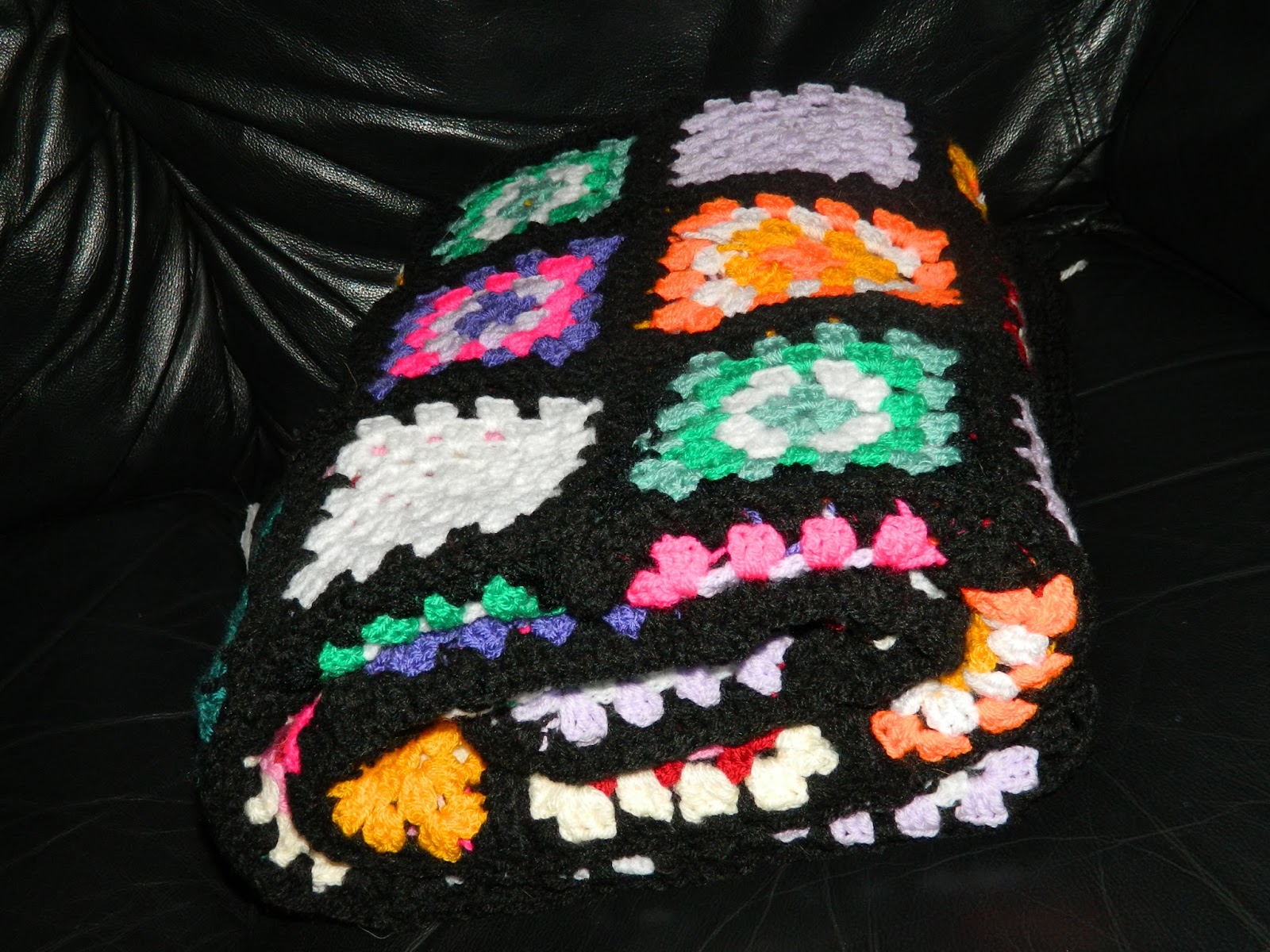 What do you think?  I love it and it's either going to go on my son's bed or as a throw on the settee in the lounge.  I want to move onto a "ripple" effect soon but, for the time being, I'm going to stick to the trusted granny square and I've already chosen the yarn for my next blanket - here's a sneaky peek... 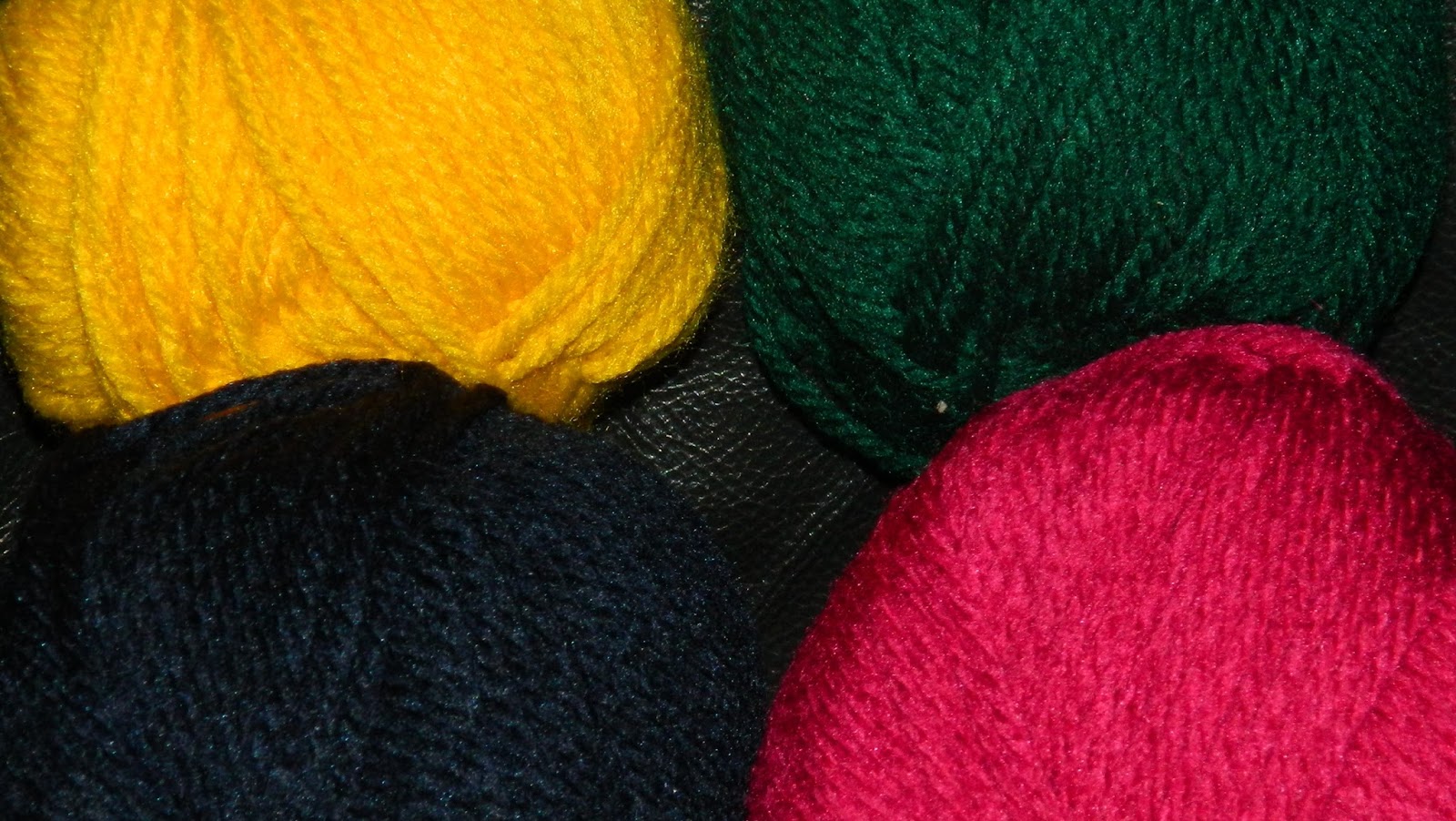