In the interest of equality...

May 27, 2014
Last night, on the first live semi-final of Britain's Got Talent, we saw Amanda Holden and Alesha Dixon literally drool and fawn over a couple of the contestants.  We were also 'treated' to Alesha pour a glass of water over David Walliams' head after a sly comment was made about live singing versus miming.  I understand that more water was poured/thrown over David during the ITV2 aftershow (and Amanda got in on the act) but I wasn't watching that. 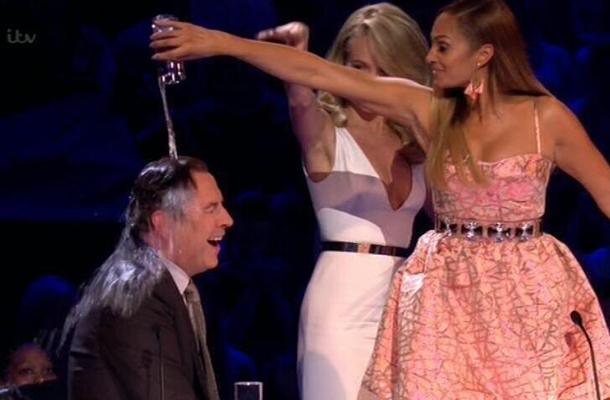 All in the name of entertainment.
On a family show.
On one of the main television channels in the UK.

Can we just flip this for a moment?

Why is it suddenly OK for the female judges to have this type of 'power'? Isn't it verging on degrading or violence or abuse? What are your thoughts?