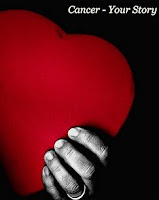 Stephen Sutton died this morning. The short but emotional statement from his mum on the Facebook page immediately touched me and made me well up.

During his final few weeks he shared his progress - the ups and the downs - and even managed to make a small enough recovery to be able to leave his hospital bed for a short amount of time to attend his own 'Good Gestures' event (read about this - it's something that should be happening everywhere).

As the mother of a childhood cancer survivor I don't know what it's like to lose a child in this way but I have comforted parents who have returned a no-longer needed wheelchair to the ward and spoken to relatives who aren't too sure what the right thing to do or say is. In situations like that, there is no right or wrong and grief pours out of us in the most unexpected ways.

We can all learn from Stephen. He was selfless to the end. He spent the last four years not wondering if he was any closer to death (although I'm sure that was on his mind too) but attempting to raise money, awareness and complete his own bucket list.

In reality, Stephen Sutton hasn't died. His legacy lives on through the donations that were made via his Just Giving page (£3.2million and counting) and through the way he touched so many people's lives by being truthful about cancer and how it affects each and every one around you.

And finally, as an aside, to the trolls that attempted (and failed) to attack Stephen's recent improvement in health that bought him a few extra weeks, there's two parts to this: 1) make a donation, don't make a donation - it's a choice. But if you're making a donation because you expect someone to die as a result of that or to be part of an internet meme then don't bother and 2) using an online identity should never be reason to abuse free speech.