January 04, 2016
Christmas and the New Year always brings new gadgets and gizmos to our lives, most areuseless and simply a bad buy, while some can enhance your life. We discuss the fact that smartphones and the Apple Watch have made keeping up to date with our personal data far more achievable. Tablets are now far more powerful and transportable so we look at how gaming has moved on in these platforms. Despite this let’s present a cynical eye on this technology as it can also be a vacuum of our time of they don’t operate normally. 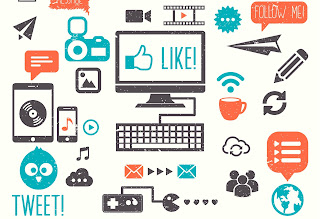 There are many new apps and packages which allow the user to be aware of their personal footprint at all times. These apps include fitness apps as they provide real time updates to your exercise routine or activity you do outside of work - these apps incentivise you to do more and persevere. A big player in the market is FitBit and although it sounds like something a teenage lad would say it’s actually a useful piece of kit.

Tablet computers themselves have also segregated into two different sectors this year. The first one is the rise of the non iPad tablets such as the Samsung Galaxy Tab S2 - these have made tablet use more accessible every day due to the lower costs. It has also encouraged users to take their device out with them and actually take advantage of the apps that are often underused such as video editing and photos. The second sector that has developed is the higher end/hi
gher cost into be used by writers, editors and those within creative fields - there is also a stylus pen which is a new product for Apple.

Far more advanced games can be used on tablets now and 2016 should see the further rise of non console gaming as the games are often cheaper, simpler and more accessible. Many businesses now offer live game play such as LadyLucks, the Pots O Plenty slots jackpot is a great place to start. Such games would have struggled on earlier tablets so this is a clear indicator that the technological power has moved on. Despite all the advances, technology is getting smaller and thinner which creates a lot of risk to actual products themselves, risks included breakages and costly repairs such as the infamous bendy new iPhone. However if you take care of the latest tech it can prove to be a real life changer and give you far more opportunities for yourself in 2016.