Soundtrack To My Life - Pippa 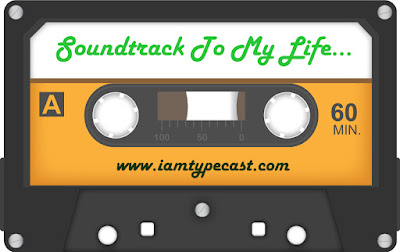 Pippa is one of the old crew... one of the 2009 squad of bloggers that I'm privileged to call my friends. I love that I know I can tune into her blog and be treated to positive reading material that will encourage me to eat healthily, give me great ideas for fun with the grandchildren and inspirational updates to make me re-engage with life with a more positive outlook.  I adore every single one of the songs that she chose for her Soundtrack To My Life (and even the ones she didn't choose - you'll see what I mean when you reach her final choice) and the memories she shares.  I know you'll enjoy them too...

Always a A Woman - Billy Joel

I love this song. I first heard it when I was working in a Children's Boutique when I was about 17. I sold suits to babies. Anyway. There were maybe four CD's that the owner allowed to be played and a Billy Joel album was one of them. I knew a few of his songs, but it was this song, Always a Woman, that rang out to me. I felt it described me, plus Billy Joel sounds fantastic singing this song!

I was delighted when John Lewis used it for their advert a few years back because it was a great fit to the story they told and again it was ME!

In my Room - The Beach Boys

Actually it could be any song by the Beach Boys. Their harmonies are just so tight and wonderful and they were true talents.

As a moody teenager I would put this on repeat and look broodily out of the window.

You know how in Friends when Ross gets a song played for Rachel on the radio and then she phones up the Radio station and tells them what Ross did (he wrote a pros and cons list - series 2 episode 8 - ROFL) and they stop playing his song and start playing In My Room?

Well, before they did that. I was the moody teenager looking out the window at rain and being all depressed over nothing.

Nickie, I'm sorry I know my Mum isn't reading your blog and for that I apologise but if she were I'd take this moment to apologise to her for being such a moody child with nothing to be moody over!

The Sound of Silence - Simon and Garfunkel

My Dad introduced me to Simon and Garfunkel and Abba and a whole host of other music that at the time didn't really mean anything, they sang well and I enjoyed singing along.

I remember being nine years old and my Music Teacher at the time asked me what music I liked. This was the late 80's and she was expecting me to say people who were popular at the time, just like the rest of my classmates. I said Simon and Garfunkel and Leonard Cohen. You know what she said?

"See me after class."

See me after class?! Was I being punished?!

Turns out she had heard me singing in class, had heard my answer and thought that I should borrow a couple of her CD's because she thought they'd appeal to me. Then she told me I should join the Choir and the Band and so I did.

I've never looked back with regards to singing. It's something I love to do, something that I want to do more of and something that one day I'm going to again properly. I just have to clear my schedule a bit.

Oh and I'm pretty sure that the words describe now, with everyone reading things on their mobile phones... yeah, y'all think I'm crazy.

Love Is All Around - Wet Wet Wet

Now, don't get me wrong. The Troggs version is epic and is the version I knew first thanks to music loving parents. However...

The summer that Wet Wet Wet had their hit with their cover version my parents would take drives out to the country side, open all the windows on the car (and the sunroof), turn the radio up to full blast and play this song on repeat.

My parents were weird.

In my head we did this all the time, although I think now that maybe it only happened a handful of times.

This song just sticks with me along with the image of yellow fields of Rapeseed and of course every Christmas I sing the Billy Mack/Bill Nighy version. "Oh fuck wank bugger shitting arse head in the hooooole!"

I can't believe I'm at my last song already. I thought maybe Dear Jessie by Madonna (or Ray Of Light or anything by Madonna pre 2000), or Erikah Karst and Joshua Kadison singing Dragonfly Wings (or anything by Joshua Kadison actually) or Beach Baby by First Class, Ernie by Benny Hill, Funky Moped by Jasper Carrott, Rabbit by Chas N Dave... but in the end I decided to go with Baz Luhrmann - Everybody's Free To Wear Sunscreen.

When I met my now husband, this was one of the first songs we heard together. You see my now husband and I were quite different. At that point in my life I didn't really listen to "modern" pop music and he listened to it ALL THE TIME. He introduced me to Dance music, Acid Jazz (by accident he hates it I love it) and I introduced him to Chinese Takeaways, Nightclubs and home made Szechuan Chicken.

It's a balanced relationship.

Hearing that song now, takes me back to sitting in his red fiesta snuggled in to the crook of his shoulder and talking about our future together. I think it was our third date...

Anyway, the song reminds me that life is precious, we need to make the most of it and we need to remember to wear our sunscreen. 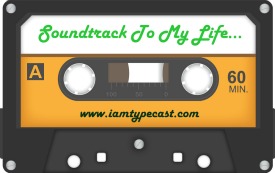 music nostalgia Soundtrack To My Life