Listography: Albums by a Band

It's another music-themed Listography from Kate Takes 5 so here I go again.  Last time I joined in Kate had us recalling our "First Five Albums" which resulted in me reliving a Danny Kaye album and, subsequently, ordering it from Play.com (click the link for the follow-up story).  This time, Kate wants us to list our "Top Five Albums by a Band".  I've taken it upon myself to define "band" as "more than one person" rather than "everyone playing their own instruments".


Click each image to go to the Wikipedia page for each album.  If you really want to... 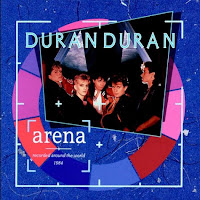 Duran Duran - Arena:  *sigh* Be still my beating heart for the boys of Duran Duran.  Whilst Seven & The Ragged Tiger was the first Duran Duran album I bought, the Arena album is representative of a time that I wasn't allowed to go to concerts so this is the only way I could get anywhere near a live performance from my idols.  It was also my first introduction to The Chauffer - a tune that still give me shivers and, I realised the other day whilst listening to it through headphones, has the jangling of keys at the end of the song.  Clever! 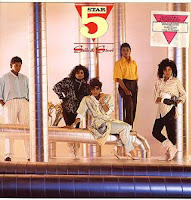 5 Star - Silk & Steel: 5 Star is massively representative of my music choice in the 1980's and I spent hours... HOURS... in my bedroom learning and perfecting the dances.  I lusted after Steadman (well, who knew back then?) and wanted to be Denise Pearson but could never get the eyeliner quite right. 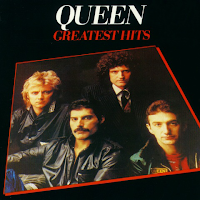 Queen  - Greatest Hits: A friend introduced me to Queen when I was fifteen years old.  For that, I will be forever in their debt.  They loaned me their Greatest Hits album (on cassette) and I've yet to give it back.  Sorry Shaun - it's still here somewhere - probably in that bag of tapes on the top of my kitchen cupboard.  Anyway, I listened to this album so many times I knew which song was coming next and still fall into that trap when one of them comes on the radio now. 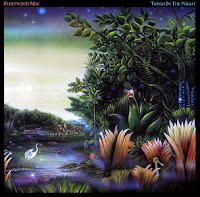 Fleetwood Mac - Tango in the Night: Dad's music choices always suprised me.  He introduced me to The Beatles, Elkie Brooks, Paul Simon (Graceland remains one of my favourite albums ever) but this Fleetwood Mac album contains Everywhere - my favourite ever Fleetwood Mac song - and Big Love which is so simple with its lyrics, it's genius.  And, of course, it made *that* Brit Awards collaboration between Mick Fleetwood and Sam Fox so much more meaningful. 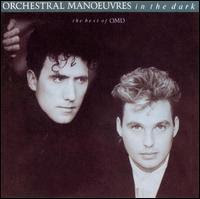 Orchestral Manoeuvres in the Dark - The best of OMD: This album is just so mellow and deep that it hit all the right angst spots during my late teenage years.  The one song that remains an all-time favourite from this album is Talking Loud and Clear but the album is chock-full of fantastic, classic songs.

There are so many albums that I could have included here and, even as I hover over the "Publish Post" button, I am in turmoil as to whether to bump off one of the above and include a different one but I'm a great believer in going with instinct.  My choices seem very mainstream and predictable and I wish there was more rock, soft metal or punk in there but the simple fact is, these are my desert island choices I suppose.  I could listen to these five albums on a loop for the rest of my life and not tire of hearing them.
5 Star duran duran Fleetwood Mac listography music OMD Pet Shop Boys Queen