Social Media - What Do You Know? 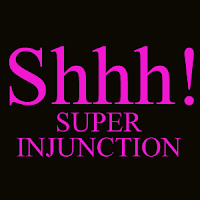 I was reading a Digital Spy article yesterday which talked about the 22% upsurge in traffic on Twitter in the UK on Saturday as people gossiped about tried to work out numerous super-injunction identities.

Twitter is fast becoming the 'social media network' to be seen on and the world is divided by those who do and those who don't.  And I suspect that many of the 'those who don't' are already on their way to trying to work it out just to see what all the fuss is about (FYI It's like MSN on speed with everyone in the world).

The advantage that Twitter has over Facebook is its search parameters.  What with its own search engine, hashtags to group or keyword your tweets and Twitter's links into Google's brand new real-time search facility it appears that whatever you want to know can be found out on Twitter, even if it is embargoed (but discuss it at your own risk).

Why am I writing this blog post?  Well, the simple fact is this: as popular as Twitter, or any form of social media may be, we have to know how to use it properly because the laws regarding the sharing of information are different in every country.

We have to be aware that this is the technology that our children are going to be using, if they aren't already.

Do you know enough about Facebook and Twitter to be able to educate your children on the do's and don't's of required etiquette and safety, especially now that mobile phones have all sorts of internet availability and hundreds of 'apps for that'?  When I wrote about FourSquare I highlighted the fact that many people appear to be checking in at 'work' or at 'home' or even announcing the fact that they're not at 'home' any more, so anyone clicking on the GPS generated location (which works in the same way as SatNav) can work out when the best time to burgle or stalk you is.  Do your kids realise this?  Do you or your kids use the 'Places' facility on Facebook?  It's the same principle.

We normally teach our children through our own experiences, mistakes and hindsight.  How can we do that with something that is only being developed in the here and now and is something that has already taken the world by storm?  I am proactive with social media and social networking but it doesn't suit everyone.  Can you afford to be 'scared' of computers in this day and age?


And, for what it's worth (oohhh it's like Jerry Springer's final thought, isn't it?):
If you can't keep your dick in your pants yet you want to promote a 'family man' image then you deserve to be named and shamed and if you regularly get your tits out in lads mags then you can't be so naive that, after seven months, you still think that he's going to leave his wife to marry you.  Funny how y'all get a bit shy and/or depressed once it's not going your way, eh?