The End Of An Era

May 31, 2013
It was April 2005.  A few months earlier my mum had died and, as part of this defining time in my life, I made the move to return to work after spending 14 years as a 'Stay At Home Mum'.  I spent six weeks temping and then attended an interview for a 9-month project administration contract. I was offered the job but had no idea how the decision to take up that position was going to change my life. 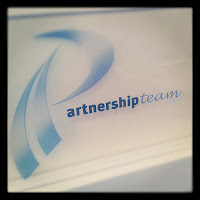 Eight months passed and I grew to respect the woman who was my boss. I was working for a small not-for-profit educational charity and there was so much scope with the services we offered.  My boss, Jackie, was an innovator and a forward-thinker and I wanted to stay a part of the vision she had planned for the organisation.  I managed to negotiate a further year's contract and the company continued to grow.  I started managing monthly finances, made the administrative role my own and grew with confidence.  I  was also offered a permanent contract.

Working for a not-for-profit organisation is sometimes worrying. Especially when you have access to the bank balance and can see the fluctuating figures. But we always seemed to find new funding pots and used our unique services to underpin other projects.

All the time, Jackie was there, cheering me on.  She encouraged me to study for my degree with the Open University (a work in progress), she listened to any development ideas I had and I always felt like a valuable part of the team

A position became available last year for a new role within one of our funded projects and I requested an application form. I had no previous experience for the job role but my life experiences meant that I could relate easily to the clientele.  I was successful at interview (after being assured that I would be given no preferential treatment) and the past year has been a huge learning curve but also another step down the path of self-improvement.

But times change.  Contracts finish, services change, other organisations cease to be.  The arena that we work in is constantly developing.  Also, Jackie took the very personal decision to retire in December 2012 at the natural end of a huge European project we were leading.  It felt very strange not to have her at the helm as Partnership Team was born from an idea of hers back in the mid 1990s.

And now, due to a number of factors, we are merging with a much larger organisation.  From Monday I will no longer be one of the main players of a team of four or five people.  I will be part of a small department in an organisation that employs around 100 people.  But I am grateful that I still have a job!  If we hadn't been able to merge, I'm not sure that I would have had a full time job by the end of the year.

Who knows what is around the corner?  Being part of a larger organisation means that there are more opportunities available to me and there are some ideas that I have which may turn into reality in a company like this.  I just don't want to get lost in the crowd.