Cell Slider – Pitching in to Find the Cure

August 02, 2013
Today I have two posts for you about Cancer Research UK which tie in with my recent Race For Life activity and fund-raising.  You can find the other one here.  As you know, I also host a series called "Cancer - Your Story" which encourages sharing of personal stories by those who have been affected by cancer in whichever shape or form.  If you would like to contribute to the series, please get in touch. 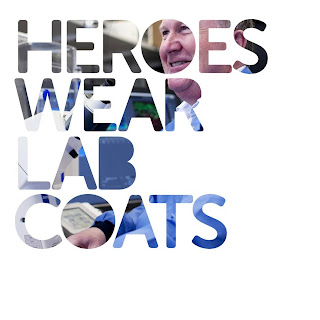 In today’s increasingly digitized landscape, we are surrounded by data.  Between mobile technologies, an always-intensifying reliance on computers, and the web’s seemingly endless networking platforms, we compile a staggering amount of information.  So researchers today face the historically unique challenge of having too much information.  Or rather, to put it another way, researchers have too few methods for analysing the vast amounts of data they can now collect.  And while this problem is an obstacle for all analysts, medical research is one area in which it has proven particularly frustrating.  Fortunately, however, a solution has now been pioneered, which is having a profound impact on the scientific community.  Years from now, we may look back on ‘crowdsourcing’ as the single most influential technological resource of the 21st century.  Thanks to a collaborative project between Zooniverse and Cancer Research UK, crowdsourcing has now joined the global effort to cure cancer.

What is Cell Slider?

Cell Slider was launched in October 2012 as a solution for breast cancer researchers daunted by the insurmountable levels of data they were attempting to sort through.  Cellslider.net enlists visitors to categorise and identify cancerous cells in microscopic slides of real tumors, taken from biopsies in clinical trials.  By crowdsourcing the simple task, researchers are overcoming a serious data backlog, dedicating more time to difficult projects, and making enormous strides in the race to cure cancer.

Visitors to the site are guided through a brief tutorial, which teaches them to discern cancerous cells from connective tissue and blood cells.  They are then shown a series of slides, and prompted to identify the approximate number of cancerous cells, the relative color (bright yellow indicates high oestrogen levels), and overall percentage of cancerous to non-cancerous cells in each sample.

The project aims to analyse more than 2 million samples at a rate that exponentially exceeds the speed at which researchers were formerly working, and so-called ‘citizen scientists’ are now processing about 600 slides each hour.  As the site gains popularity, this volume will continue to accelerate.  And thanks to the efforts of volunteer software developers, the project was recently given a significant boost in the form of a gamified app, which lets users analyse slides while playing a simple game on their mobile devices.

Because the information collected through the cell slider website is completely anonymous and doesn’t directly affect individual patients, any mistakes visitors might make are insignificant.  The project ensures that each slide is analysed many times by many different Citizen Scientists––to ensure accuracy through redundancy––and the sheer volume of data means that minor mistakes won’t mar the study’s conclusions.

The idea behind Cell Slider was originally conceived by Zooniverse, which has been hosting similar projects since 2007.  Their crowdsourced research platform now helps analyse images from the Hubble Telescope and Mars Rover, along with data collected by archeologists, biologists, and climate researchers. Both their impact on the scientific community and the enthusiastic response they have seen from visitors stands as a testament to the immeasurable value of web-based collaborative research.

Despite today’s most sophisticated analytic software, the human mind is still the world’s most powerful tool for analysing data.  The web has connected us on a global scale that was simply unimaginable a few decades ago.  As sites like Wikipedia and Zooniverse have shown, we can now speak of (and have begun to harness) an aggregate human mind—a global intelligence that transcends culture, language, education, and geography.  By working together, sharing resources, and pooling knowledge, we can solve some of the direst challenges facing our species.

Thanks to the breast cancer team at CRUK for this look into the future of scientific research.
Visit the site to learn more.

Please view my disclosure policy for more details about publication of posts of this nature.
No payment was received for this post.