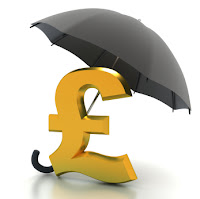 Due to a change in circumstances, we bought our own house a few years ago after years of renting, both privately and with housing associations.  It was only when we signed the mortgage papers that we realised how important life insurance was.  Insurance companies were crying out to insure me but we were stopped at every door for my husband, simply because we were open and honest about his mental health condition.

I wanted us both insured.  I wanted myself insured because I am the sole wage earner and needed my family to be secure if anything should ever happen to me but I also wanted my husband insured simply because he was the “stay at home parent” and, at the time, I would have found it very difficult to work full time if anything had happened to him.
But the insurance companies were adamant.  Because he had a history of a mental health illness, coupled with the fact that he had a (failed) suicide attempt on his medical records he was told that he would probably never be offered life insurance.   We were told that he could reapply every six months and, at some point, he may be accepted.  Well, six years down the line he still hasn’t been accepted even though his health has been stable for a long time now.
In these recent frugal times, we have had to cut back on certain outgoings and my life insurance is one of them.  I currently have mortgage protection so that at least my family will be able to keep the roof over their heads should anything happen to me but we have had to cut back on the expensive premiums for the “extras”.  I actually feel very guilty about this because it only seems to be a few extra pounds each month – a couple of bottles of wine – but where do you find that extra money from?  What else can you cut back on?  Should this sort of thing be as important as paying your utility bills each month?
What about you?  Do you think life insurance is important or do you fly by the seat of your pants hoping that nothing will ever happen?
Disclaimer: I was recompensed for the inclusion of a link in this post.
Image Credit
finance insurance life insurance mental health mortgage security