Trying to get better

January 10, 2012
I've been off work for the last two days; I haven't felt "right" for about a year now.  In March 2011 I had some blood tests checking for all the usual stuff - anaemia, kidney function, liver function, cholesterol levels and thyroid activity - but all came back bang on normal.  I've had sleep issues (sometimes due to my husband's snoring but other times just due to the fact that I don't seem to need a lot of sleep) and a night of five hours unbroken sleep is a considered a 'good night' for me.  Nothing much has improved since the blood tests.  I've put on more weight, I've had more days off sick from work in one year than I have in all the previous years put together and I've started with mild migraines.  I feel lethargic.

So, I relayed all this to the doctor (who, incidentally looks very much like Jon Culshaw which can be quite off-putting as I was expecting him to break out in to an impression of Ozzy Osbourne at any given moment) and he explained that in the days where patients had written notes you could look back over the medical history and a recurring abbreviation would be T.A.T.T. - Tired All The Time.  There was no trigger, just a general time in life where your body is actually trying to cope with more than it can.  It was better than what I originally thought he said ("twat").

General winding down techniques were discussed and also the mention of actually turning off the computer at a reasonable time, allowing for a natural wind-down, going to bed when your body tells you you're actually tired rather than waiting for your allotted "bedtime" and drinking warmed milk or hot chocolate made with milk.  He went on to explain further that the lactic acid in warmed milk releases chemicals which assist your natural sleep cycle.  So, it's not an old wives tale - it really is a scientific fact - mentioned here.  Taking an off-the-shelf sleeping tablet too was recommended to help me along.

I then mentioned (by chance) my hysterectomy eight years ago and the fact that I had only take HRT for a short period of time, thanks to nausea and headaches (see, this was the connection) and I wondered what the lasting effects of that were.  Apparently, this wouldn't be contributing to my existing health issues but as a long-term boost, it was agreed that I would reintroduce some HRT tablets and then maybe move onto patches.

I need to get myself sorted out a.s.a.p. now that I'm trundling towards my 40th birthday.  I have goals set - personal, mental, health for then and have started out using Thinking Slimmer again because now I have a proper goal with no interruptions between now and then.  It sort of makes sense (to me, anyway) and I am determined to turn myself around and look at life in general with a more positive attitude. 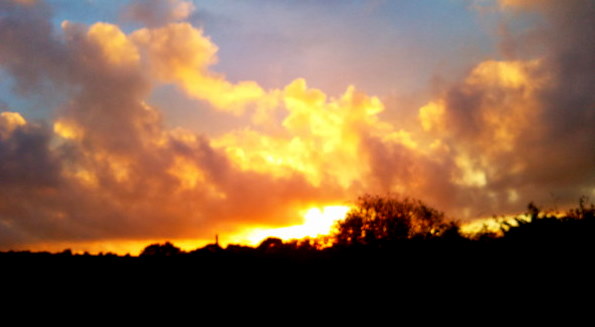