I'm a Gleek, through and through and have used it as a great example of musical re/discovery in the past and bemoaned "The End" when Season 2 finished and I make no secret of my lust for Noah Puckerman now and then but I'm feeling disappointed with Season 4.  There's something not quite right; there's something missing and I can't quite put my finger on it.

Recently, Sky have been showing repeats of the earlier series', starting right back at the beginning.  It wasn't a slow starter, I still loved the characters just as much and the storylines were just as relevant now as they were four years ago.  Aside:  Is it really four years ago?  Yes, it almost is!!

So where did it all go wrong?  Has it gone wrong?  Can a show outgrow itself?  The setting of a high school determines that there will always be new students ready to incorporate into the Glee club, therefore, in theory, there will be story lines a-plenty but now the cast has split between graduates and new students it seems to have lost its "WOW" factor and a few plot lines seem to have been shoehorned in for the sake of a song and dance, examples being thus:
1.  Blaine's indecision to move back to Dalton Academy to re-join The Warblers.  Wouldn't his parents have something to say about him dropping out and back in of a fee-paying school for a start?
2.  Sue Sylvester's pregnancy seems to have been left open-ended (no pun intended).  I appreciate that there is still plenty of scope for this however the whole of Season 3 was based around how/why/who when it came to the parentage of the baby and we are just supposed to accept this?
3.  Did Puck mention his half-brother before?
4.  When did Sugar get good enough at singing to earn herself the part of Frenchie in the McKinley High version of Grease and why did no-one else from the school get a part in the musical? 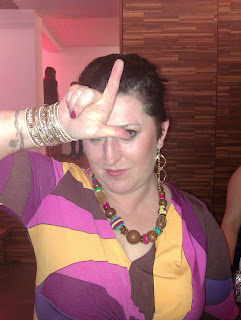 Maybe producer Ryan Murphy needs to revisit the first two series' to see if there is anything missing.  The show was always about losers.  Is there too much 'winning' on the show (and I don't mean in the Charlie Sheen sense of the word) and over-melding of groups of kids that would never truly join a Glee club?

For what it's worth, I think he totally got it right with The Glee Project because that gave a chance for almost anyone to 'audition' for a part on the show.  A show, hidden away on Sky for the past two years, found the likes of characters such as Rory and Wade/Unique but even the second series of this became a bit cliché when the winner seemed to be a replacement for Finn, even though Finn isn't leaving.

Glee will forever be a groundbreaking programme because it tackles real issues that have been experienced by real people, most of them on the production team or actual cast members/previous auditionees. But where's that spark that ignited my lust for the programme in the first place?
glee television