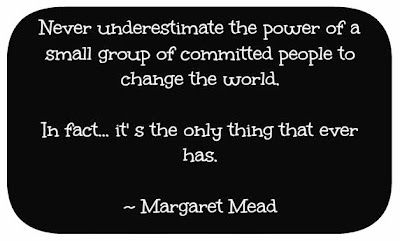 Yesterday the internet was buzzing with outrage and anger over the fact that Asda felt it appropriate to name a Halloween costume "Mental Patient".  Since the furore across Twitter and Facebook, Asda have removed the item from their online store and have pledged a £25,000 donation to the mental health charity, MIND. It has also been reported that similarly named fancy dress/Halloween costumes have been removed from other online outlets such as Tesco and eBay.

Paths have been created to right some wrongs but it still doesn't go anyway to understanding how someone in an influential creative marketing and digital team considered using those particular words to advertise seasonal clothing was a good idea.

Doesn't it feel as though they have glossed over the Time To Change campaign and ignored the fact that many people are ashamed of the stigma attached to mental illness?  Translate that train of thought into another illness and see if you still agree.  As many people mused last night : What's next?  A cancer patient costume?

On the Radio 2 Facebook page news article update there were a number of viewpoints but it angers me even more when I see that one person has put his day on pause to add this little nugget to the conversation:  If I wanted to be educated about mental health issues I'd become a mental health professional...  He also went on to conduct some minor trolling on other comments but it's exactly this attitude and mindset of the staff members at places like Asda, Tesco, eBay, Amazon et al that tries to justify the thought pattern for this sales pitch in the first place.

Two of my favourite films are Girl, Interrupted and Crazy People.  Both address the issue of mental health but in very different ways. They have found the reality or the humour in the subject without overstepping the mark.  As my friend Vix says, it's all about the connotations of words.  We don't use the word 'spastic' any more yet the supportive agency for that disability used to be called The Spastic Society.  Similarly, she asks is 'mad' more acceptable than 'crazy' or 'lunatic' and points out that there is a generation of people who hear the name 'Joey' and don't immediately think of  the programme Friends but of Joey Deacon.and accompany it with a 'belm' face.

So, to redress the balance I asked a few people for their thoughts and experiences of mental health.  THIS is what a mental patient looks like... 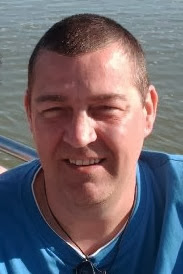 This is my husband.  I linked to his struggle to access the correct support and mediation yesterday.  The battle is still ongoing and it hangs over us every single day.  A medical professional once told him that he was an 41 year old man and he should "pull himself together".  A few days later he attempted to take his own life. We continue to work through highs and lows but sometimes there are no signs for forewarnings that his mood is about to change.

Clare tells me that she has looked after her mum since she was 11 years old.  Her mum's crippling depression meant that there were days when she wouldn't get out of bed so Clare was left to look after her younger brother, clean the house, ensure they both attended school and cook the evening meal.  She did it because it's what you do when you love someone.  In more recent times, Clare's husband has had a nervous breakdown and he wasn't allowed to be alone with their baby girl as his moods were so unpredictible and Clare had to make the decision whether to section him or not.

Linda concedes that she laughed at first but then remembered that someone close to her had a condition whose name makes people physically recoil because they think it makes them violent when that's not really the whole story.  Had her friend been able to ask for help sooner, they may never have got as ill as they did.

Jo has various family members who have suffered from mental health illnesses and knows that there is little or no support out there.  Her friend hanged herself a couple of years ago after suffering from severe PND. Everyone knew she was struggling and tried to help but her case hadn't been picked up by the professionals. Her brother was released from an institution and left to return home with no wallet or money as he'd had nothing with him when he was sectioned.  They didn't even provide him with bus fare to get home.  He cannot cope on his own since being released but there is no support available to guide him. Her mother and sister have also had incidents that have required intervention but have been left to cope with it in their own way.  Jo has her own theories about mental health which are based around relationships, social interaction and hormonal balance and incorporating the very driven society we live in today.  This is something that I totally agree with and is why I believe that there cannot be a 'one size fits all' checklist when assessing an individual.
Kirsty thinks that it's important to challenge stereotypes surrounding mental health and break down the taboo.  It can be challenging for those without experience of mental health issues to understand a somewhat invisible illness.

Rachel acknowledges the difficulty in finding employment after you admit to having a mental illness and suggests that it can be extremely difficult to continue to hold down a regular job or undertake a stressful role if you require regular time away from your employment.

Merry admits that she didn't find the product offensive.  She definitely believes that it was ill-advised and symptomatic of commercialisation and the expense of decency.  She also suggests that to find the positive in such a negative atmosphere is that she imagines many people immediately saying, "That's not even close to real" and has definitely got us all talking about mental health.

Linda believes that it's really important to teach children that we can be ill mentally as well as physically. Those who suffer from mental illnesses need just as much care, consideration and sympathy as anyone with a physical malady.  She wouldn't want her children to be raised with a negative or disrespectful view of mental health.

And there are many, many more opinions, thoughts and feelings.  These are just a few.  Clara, Julie and Rachel have all written their own posts about Asda's definition of a mental patient too. You can also find a mental health therapist near you.

As with many diseases, mental illness has no prejudice.  It doesn't care whether it affects the rich or the poor, the week or the strong.  It envelopes you and becomes all consuming.  Does this make you think differently now?

The quote at the top of the page was sent in by @SoFabUK.  Very fitting, isn't it?