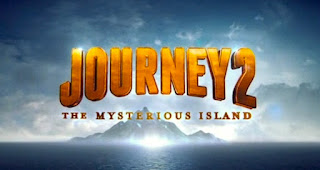 My name is Jake O'Hara and I am [13 Ed: you're 12 until the end of May] 12 years old.  I went to see Journey 2: The Mysterious Island in 3D at our local cinema with my friend who is also called Jake.  My mum has typed up this review because she said I had to write it out like homework [Ed: I really did.  See the picture at the end].  She might have added some notes but they are probably not funny [Ed: I'm hilarious, deal with it] and she has added all the links and pictures.

Sean copies the letter and tries figgering [Ed: I liked this spelling of "figuring" so I left it in] out what it is but it's all in morris code [Ed: I think he means "morse code"].  He can't read it so that is when Hank gets involved and ends up going on this journey with him.  Sean has three books in his attic and each one has part of the map on it.  He uses his computer to fix the map together but there is a bit missing.

They follow the map and go to Peru to get a boat or plane to the querdinations [Ed: coordinates] but no-one would take them there because the querdinations were to the deadliest part of the sea.  One guy named Gabato (played by Luis Guzmán) took them to the destination because he needed the money for his daughter for college (she is Kailani and played by Vanessa Hudgens).  They both end up going with the group as is what happens in films.

To get to find Sean's grandfather they have to travel through a whirlwind in the sea and they all end up under the water on a mysterious island.  Then Sean wakes up and realises he is on the island that his grandfather is on and ends up finding him.  His grandfather says that the island is not going to go under water for 15 years but he was wrong.  He had a matter of days to get back above the see before they got flooded.

They get back on land again and they are still alive.  It becomes Sean's birthday and his grandfather wanted to give him his present in person so they go to the moon.

I thought the film was very good because it had comedy, action and adventure.  I think there will be another film that show the Journey to the moon.  Mum says she is going to show you the picture of all my writing now [Ed: see image to the right].  Thank you to Warner Brothers for giving me the tickets for me and my friend to go and see this film.  They also sent me a load of DVD's at half term which I have taken to my niece's house as they are Loony Tunes cartoon ones.  I will ask her if she enjoyed them when I see her but I know she loved the colouring book that we were sent.  My mum has told me to say that she has had some great DVD's from Warner Brothers too.  Some were for Valentines Day and came with a box full of little hearts which fell all over the place and she made them into a photo project and she got some after the Oscars were on telly too.

[Ed:  pictures below of all the goodies that Warner Bros. have sent us recently and my here's the link to my "Jar of Hearts" photo project.  Thanks Jake - you're not a bad lad really...] 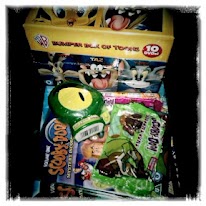 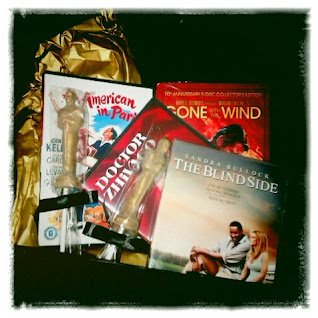 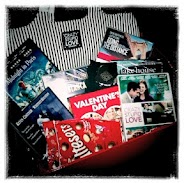