The Role Of The Modern Grandparent 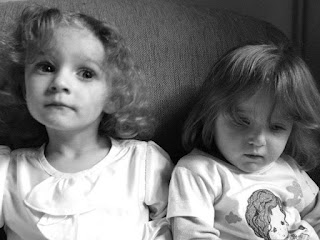 I know I'm not quite the norm when it comes to being a grandparent (stop sniggering at the back, you know what I mean) but when I read research highlighted by The Telegraph it appears that children cared for by their grandparents whilst the parents go out to work are better developed both in social and emotional aspects.

To me, this is only representative of traditional families where, maybe, the grandparents are old enough to have retired and are in fairly good health.  It doesn't take into consideration that there are many families at the extreme of this research, i.e. living longer gives us more reason to start our families later.  But also very much not when your family includes a non-traditional 'Granny at 36'.

I never wanted history to repeat itself with my daughter also becoming a teenage parent, for both selfish and unselfish reasons.  I wanted a gap where my husband and I could have a break from little people running around and revel in the fact that we didn't have to organise enough equipment for an expedition to the South Pole when we were actually only going out for the day in the car.  But also, I wanted my daughter to have A Life; one where she could have a few wild years, find a career that she loved and go and do all the things that I would have wanted to do instead of sitting at home surrounded by bottles, nappies, boring routines and a list of "What If's".

Life never really turns out the way you expect it to.  So you deal with it.

But what about helping out?  I'm not yet 40 years old and there is pressure on me to lead the way and provide a stable background for my family.  Even Netmums has a whole article on how grandparents play an important role in the family, citing the need to set good examples, providing support and dealing with generational issues.

It wasn't that long since I was still dealing with night terrors, midnight wees and a child who didn't sleep more than two hours at a time so the thought of babysitting the grandchildren overnight again still fills me with terror after the one and only time we did it.  But still there's guilt because I don't offer to look after them enough.  And sometimes, it's only appropriate to take one of them which makes me feel like I'm favouring one over the other - even though I'm not.

I asked a few friends what they thought about the role of grandparents in their children's lives and there was a mixed bag of responses.  Many said that they wouldn't expect their parents to take over the childcare during work hours but it seemed that most would love some help if it was available.  Michelle mentioned that she relied on the fact that her mother-in-law picked up the children from school one day a week so that she could work certain hours and Emma had noticed that friend's children were picked up one day a week from school to lower childcare costs. Emily admits that she is jealous of the input that she sees given by other grandparents as sometimes it feels traditional for grandparents to be involved.

Age (the upper end of the scale, rather than people in my situation) was an issue with the belief that elderly parents weren't able to cope or the simple fact that 'time served' adults should be allowed to kick back a bit.  Sophie says her parents are amazing but wishes they would take time to reward themselves for all the hard work they have done in the past and go off around the world.

Do we stick to our own family traditions?  I never spent regular weekends at my grandparent's houses but I do remember sleeping over on rare occasions when my sister and I were older.  We did live close by though and saw both sets of grandparents almost on a weekly basis.  Of the friends I questioned, Janet said that she wanted to be available to help but lived 300 miles away.  She quit her job, moved nearby and now picks up her granddaughter a couple of times a week and looks after her for 2-3 hours each time.  She doesn't think she could do it on a 'full time basis' though. 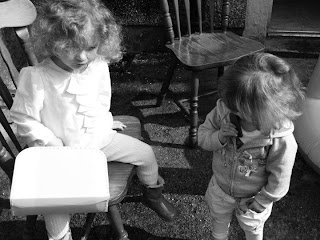 Maybe that's the key?  Let our children, as parents, do the hard work and then offer a treat for all concerned when the little darlings are past the bed wetting stage, open to reason, will actually sleep through the night and maybe even make you a brew in bed in the morning?

What do you think?  What happens in your family?