My 18th Birthday Trip To London

January 30, 2014
After reminiscing about meeting Peter Bowles during my 18th birthday celebrations all the memories of that weekend came flooding back.  It really was my first 'adult' (not in that way *tut*) holiday away from my parents.  I drove myself and my best friend, Karen, down to London in my Austin Metro and we had made plans to "do London" in two-and-a-half days.  I found all the photographs from that weekend and have uploaded my favourite few.  Here is the story behind each one. 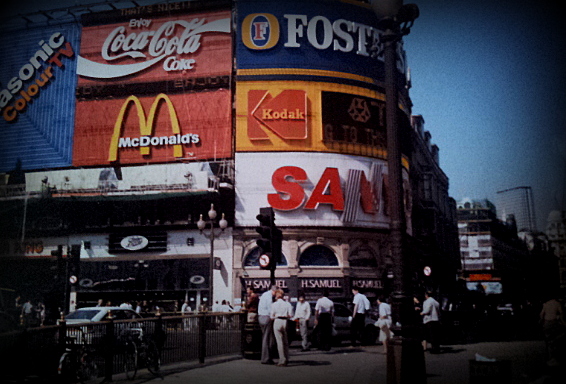 After we had booked into our hotel and parked the car up for the weekend, as mentioned in my other blog post, we headed over to Shaftsbury Avenue to book a West End show.  This was my first glimpse of Piccadilly Circus and the true hustle and bustle of London hit me.  I stood next to the statue of Eros and breathed it all in. 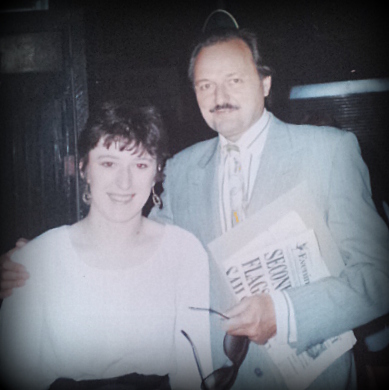 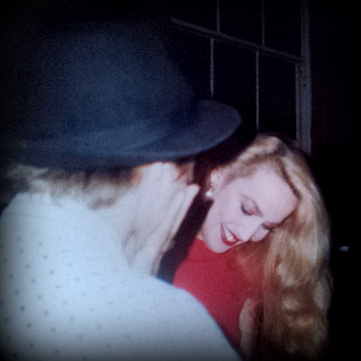 After watching the show that we had booked we partook in a bit of stage door hopping and we met Peter Bowles (he was truly lovely and such a gentleman) and caught Jerry Hall signing some autographs a little further down the road.  Yes, she is very beautiful.  Yes, she is very tall.  Yes, she drawls perfectly. 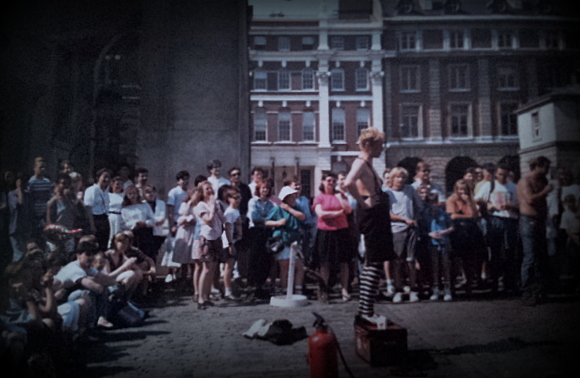 On Saturday, we shopped!  We just went were the mood took us (and I can't remember which order we did everything in) but I can still smell and hear Covent Garden.  This photograph of a street artist just totally captures 'performance art' for me.  He had the biggest crowd, engaged his audience with comedy magic and I often wonder if he ever made the big time.  We moved on to Harrods, then Sloane Square and the Kings Road in Chelsea.  I also love that this little shop (whose name made us giggle, obviously) is still in existence today. 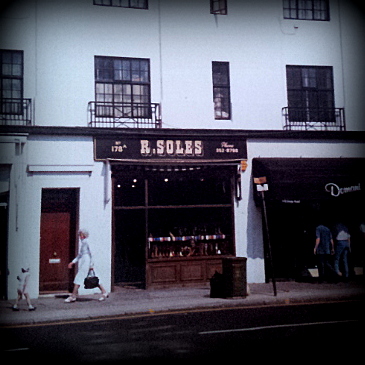 We headed back to our hotel to get ready for an evening on the town.  We had planned to partake in some London atmosphere (go for a drink in a pub) and then hit Stringfellows.  The queue at Stringfellows was huge so we went straight to the door and asked what the chances of getting in were.  The reply was, "None, unless you are on the guest list," so we abandoned that idea and headed to the Hippodrome.  This was the best move ever even if it did cost £15 to get in (that was just over double the cost of local nightclub entry)!  I had never seen a club like it before.  There were five bars on five different levels, all looking down onto the dance floor.  Part way through the night, the DJ asked everyone to, "Stand behind the green lights on the floor."  The dance floor then raised into a stage and 80s/90s favourite, Betty Boo, burst out and sang her two hits "Hey DJ, I Can't Dance" and "Doin' The Do". 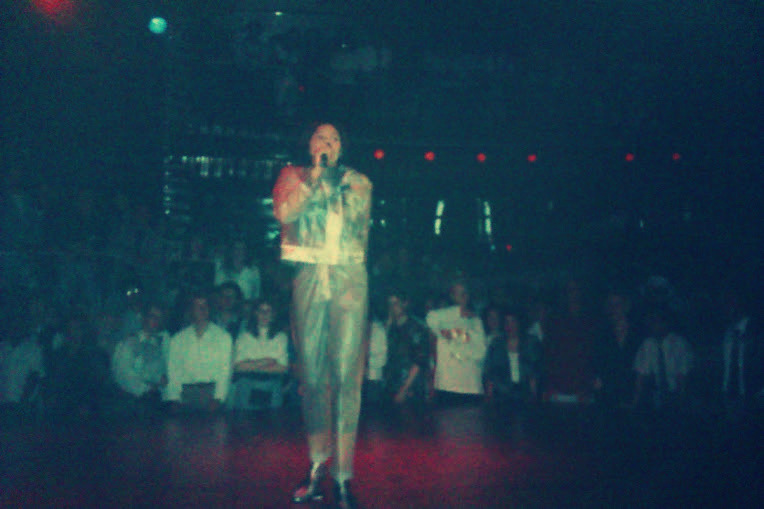 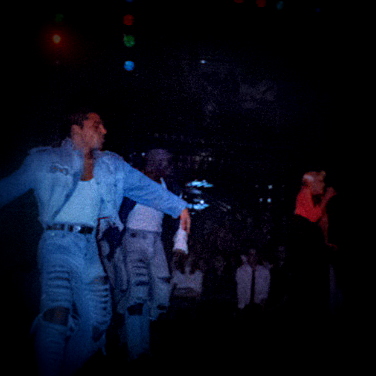 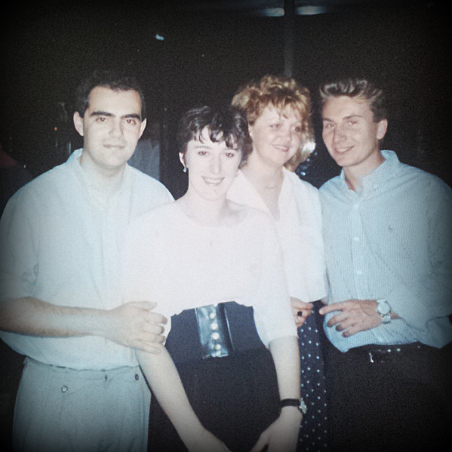 Shortly after, we were introduced to a new dance/pop group from Holland called Twenty 4 Seven (the picture on the left).  Karen and myself came back to Lancashire raving about them, convinced they were going to be the next big thing. They hit the charts in October with their song, "I Can't Stand It" and then melted into oblivion.  The picture on the right was taken outside the Hippodrome at about 3am.  I have no idea who the two guys are nor who used my camera to take the photo. I was a trusting soul, wasn't I?

The Sunday was our chill-out day to prepare for the drive home.  We decided to get our photos developed at one of those 1-hour places so we could wow our friends when we got home and then we took a trip up to the Hard Rock Cafe which was the only one in the UK at the time.  We then traveled home and arrived just in time for a swift half in our local where we waved our photos in front of anyone who was around. 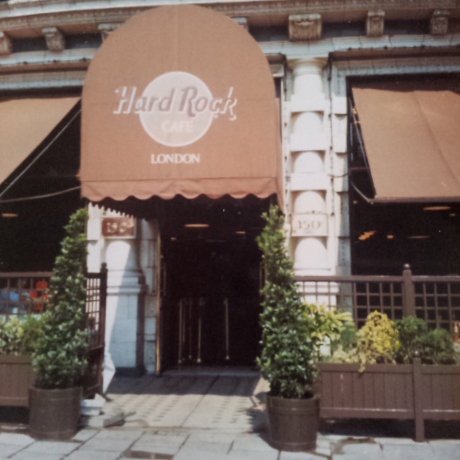 This weekend holds so many memories as it was the first grown-up thing I'd done; you know, paying for my own hotel, making my own way there and being totally responsible for myself.  There are a few more photographs of random people in random places, lopsided views of semi-famous roads and buildings and a couple of pictures of adult shops in Soho.  But, mainly, for me, it was another opportunity to fall in love with the city and share that love with my best mate.