March 12, 2014
There was a knock at the door yesterday. I've learnt to recognise it; three slow rattles on the letterbox. It signals the arrival of two little hurricanes. The frosted glass in the front door shows the distorted images of two scruffy heads peering through who see the porch light switch on as I pad down the hallway. This is their cue to hide around the corner to 'surprise' me as I open the door.

Sometimes it is a yell of "HELLO" as they leap out at me! Other times, I hide behind the front door as it opens and jump out at them as they innocently wonder how the door has opened by itself. They babble their greetings, take off their shoes (it's a ritual), remind me that they haven't stayed over for a while and tell me that Mummy has a surprise in her bag for me.

The surprise is a bunch of daffodils.  They picked them in the park (we'll have words about that at a later date) and the stems are all but two inches long. No vase is small enough for them to stand up in so I find an old, mini mason jar in the cupboard, one that was stashed after a jam-making epidemic a couple of years ago.  It is perfect.

The daffodils sit on my table and bring a little shade of colour into the lounge.  They are a mini-reminder of the burst of sunshine that emits from my two granddaughters. 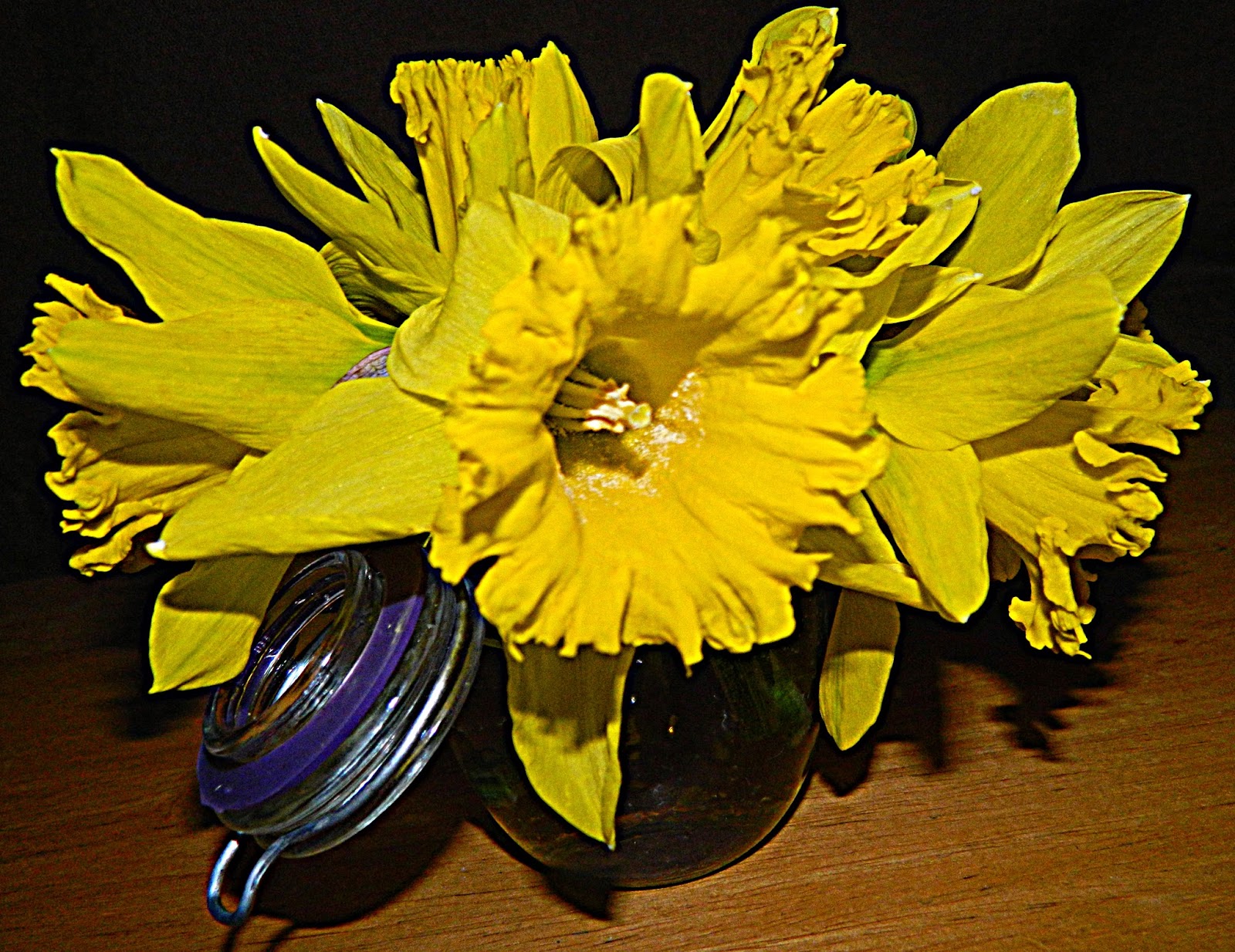 For more "Yellow" themed pictures have a scoot on over to Tara's blog - Sticky Fingers.